When the lights go out

When the lights go out

Two keen seen propagators come to decide where to grow precious non-hybrid seeds; it is now so hard to find traditional "Ancestor-seeds". Cucumbers are in crisis.

Since the new roof, everything is dryer in the greenhouse; we sleep better in dry rooms.  The rain that no longer soaks into the building runs off... at around 2 cubic meters per cm of rain.  To catch this, we relocate a redundant container... after disconnecting it from the pipe 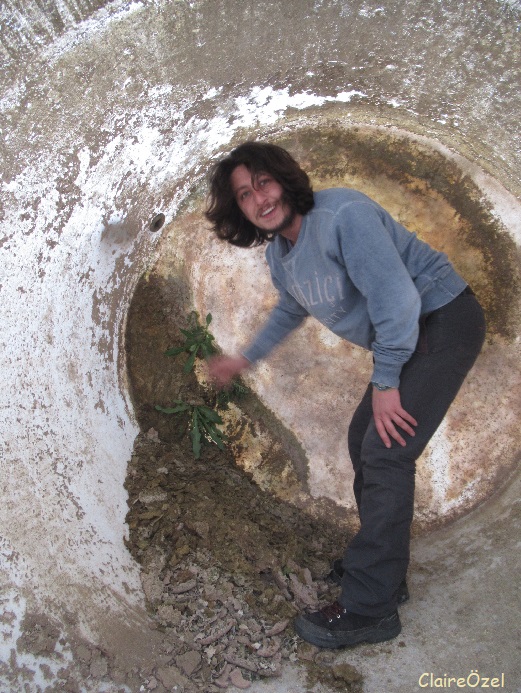 we roll it down the slope.  For this we had to find a way that would damage neither the tank nor other object.  In 16 overs I'd never quite looked at the land from this angle, as we had to weave around Jerusalem thorn bushes on the waste land near towards the viaduct construction.

After locking up the chickens (the reason we are here tonight, while Celal is away to vote), as we watched the gripping election results trickling in, the fluorescent lights of the greenhouse flicker - a previously known phenomenon of electicity cuts on the evenings of elections.  The kitchen bulb had already blown as the electric power fluctuated, occasionally leaving the entire Balaban valley in the dark - other than the nearby mushroom farm and the solar farm further away.  It was then I realised there was no gentle glow from out worm tent!!! Without any deterrent light, a significant proportion of the population had risen to the surface of their nutrient piles to wriggle in freedom

Strong beginning Attention to detail
Other Blogs
Blog
We use cookies on our website to support technical features that enhance the user experience. For detailed information click here.
Accept