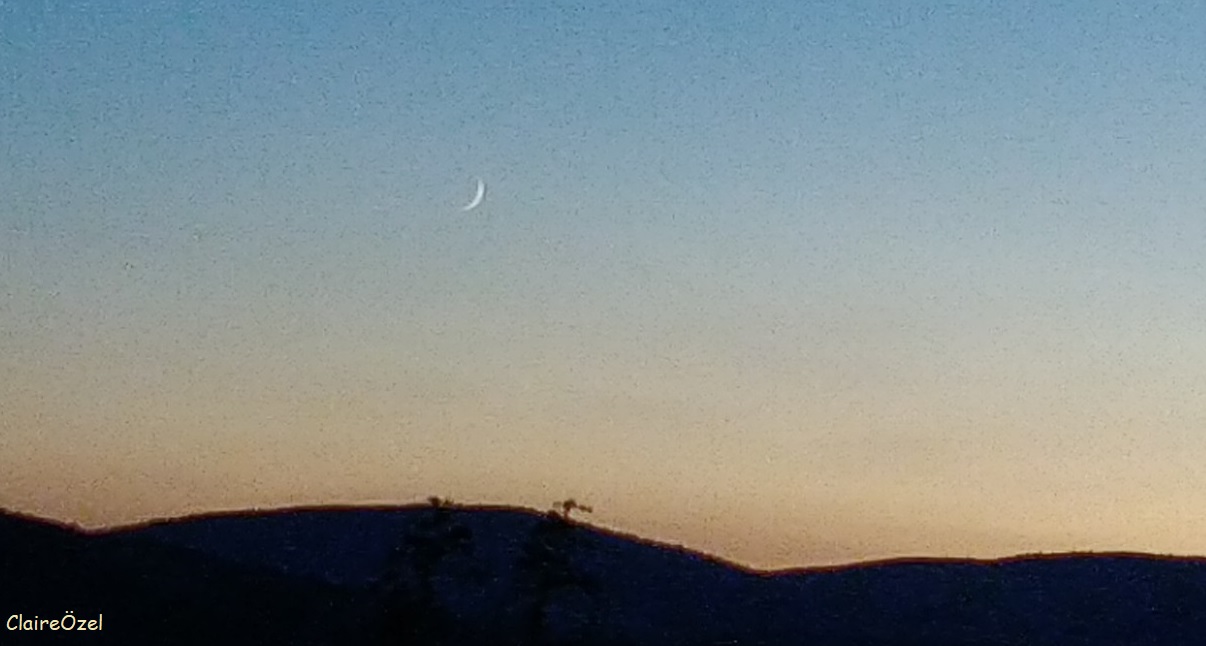 Afte sunset, the flock of sheep with a few goats return to the fold. Two days and a few hours after the partial solar eclipse, the fine 2 day old crescent cuts a crisp line in the West.  Stars start appearing in the darkening sky; the air has cooled significantly since the afternoon, when even a shirt was too warm.

On my way, I'd dropped by at Nazlı and Ramazan's in Elmadağ.  Kardelen has now started preschool and enjoys doing her homework.  She was thrilled to see I'd brought her two puzzles, from the stamp museum.  They'd seemed fairly easy to me... until she tried and got frustrated.  The cues she's used to were missing.  Watching someone attempt to do a new task is enlightening; as I watched, I worked out how she saw the pieces, which strategies she was trying, and where she missed key signals - soem of which she was able to appreciate.

Those really good perncils that Theresa had given in the summer? Well it turns out they were from a shop in Kızılay: quality materials are available in Türkiye, not just abroad.

The autumn frosts have hit: in Musibe's garden the dried maize plants rustle in the wind.

When it got too dark to water, I went to neighbours at Çiftlik. As arguing relatives fought out on the TV, Seda served prepared dinner, as always followed by tea: "rabbit blood" for all except for my white wine coloured tea. The conversation wandered from Mehmet's day with his new animals. He's going out with Nezir, long experienced. Both guidance and companionship. Mehmet is jolly, whatever happens; Nezir's tooth ache is painful. Mehmet, I'll hold my promise. I'll bring you a bell for one of your goats. Tahir is staying higher up, in a tent until snow falls; the flock are fenced in at night - wolves (referred to as canavar, monster) are around, though rarely seen. 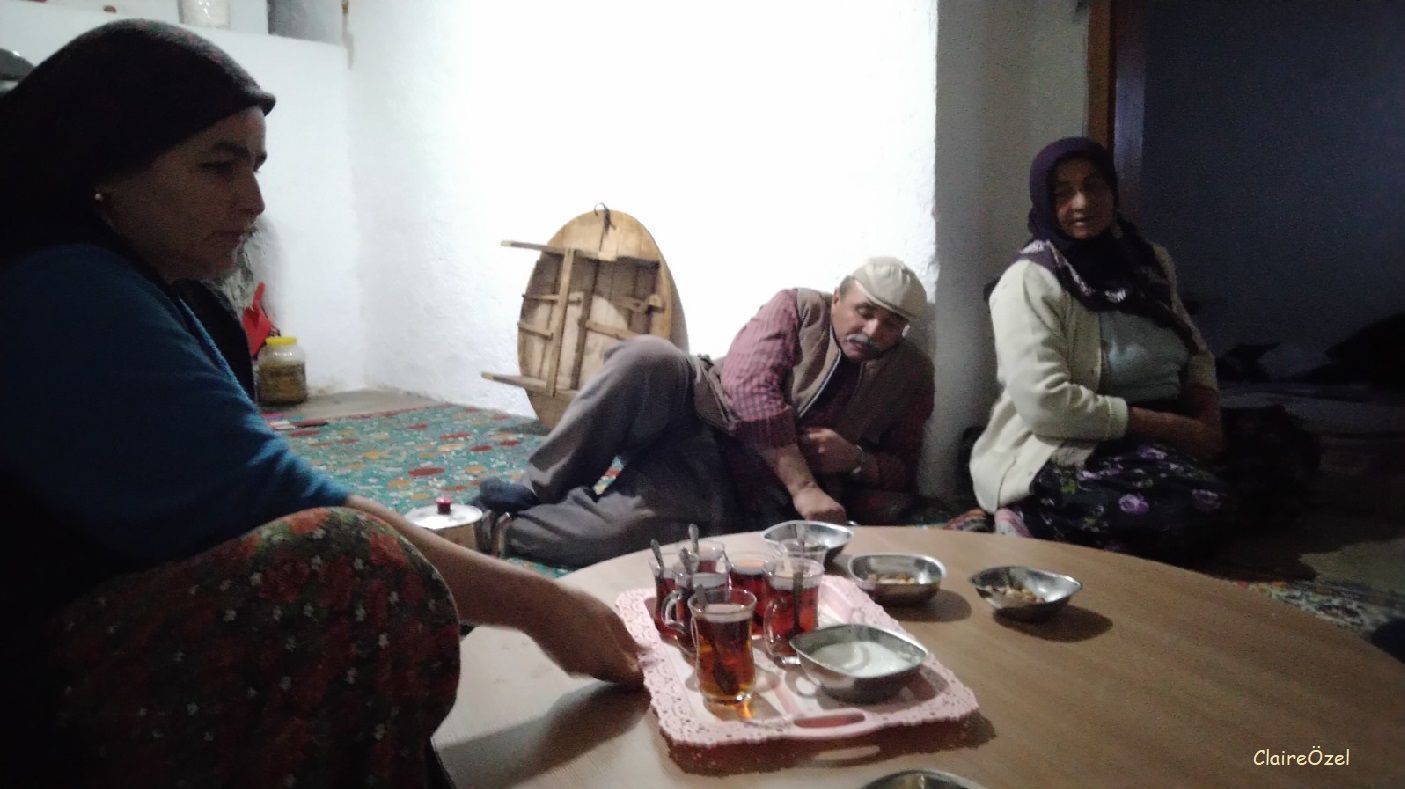 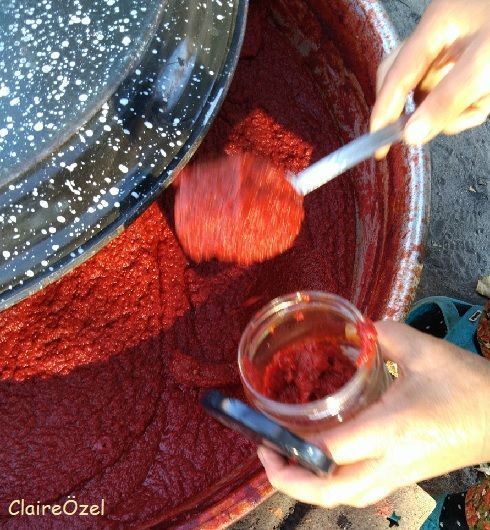 Vegetables being gathered for Sunday's organic markets in Ankara: Spnach, rocket and green coriander. In the background, Ciftlik settlement. 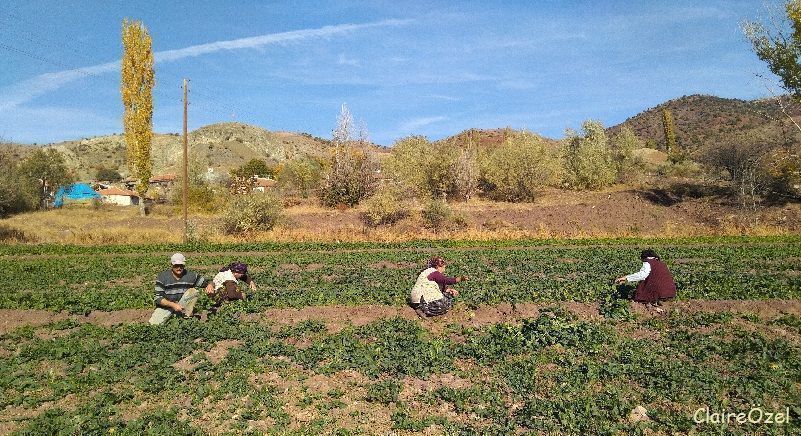 Looking from the other direction, cows are stroling in the next field: last week the frost hit, bringing the cucumber season to an end. One cow in particular had her eye on the juicy green spinach nearby. Of course, she was chased away whenever she overstepped the line. 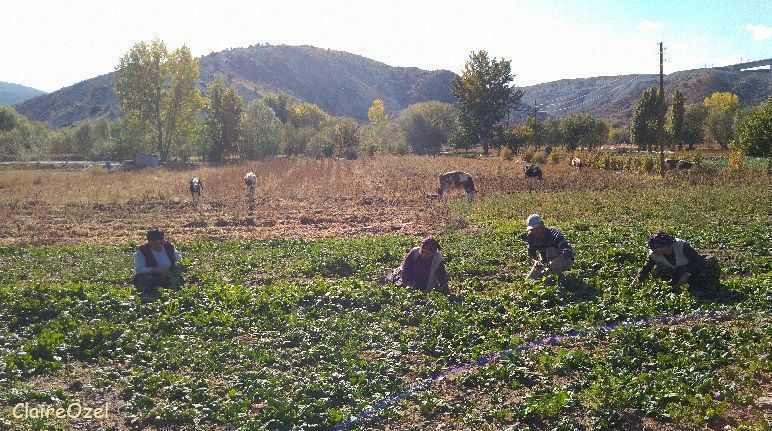 Without knife or secateurs, this time I wandered the eastern slopes. On the four terraces, I scatter seeds along the way. particularly looking for traces left by heavy rains. The edge of one of the lower terraces has been partly washed away. I followed traces upward towards their source. On the untouched land on the top, pink Dianthus and purplish blue Consolida regalis stand out against the brown of the soil, seeds and dry vegetation; Lactuca serriola's yellow dandelion flowers still await fertilisation services in the last warm rays of the autums. Lower down, bright yellow Sinapis mustard still flowers in clusters. Thin tracks can be seen, coming from above our fence. One are has more... so follow them down to where they impact: a slope with the highest number of new Junipers! Both Juniperus excelsa and J. oxycedrus. Seeds closest to where the water runs of take well. 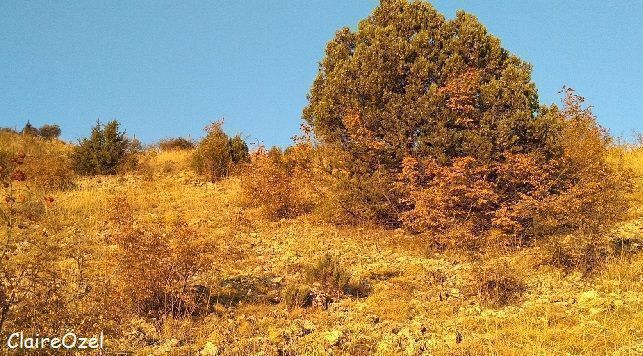 Echinops thistles are finally letting go of their fluffy-sharp spined seeds. Lightly touch the dry flower heads and the seeds fly off. Here hugs are active in the warm autumn afternoon sun. Xantium cockleburs are now dried to a crisp, ready to hook on to any passing creatures. 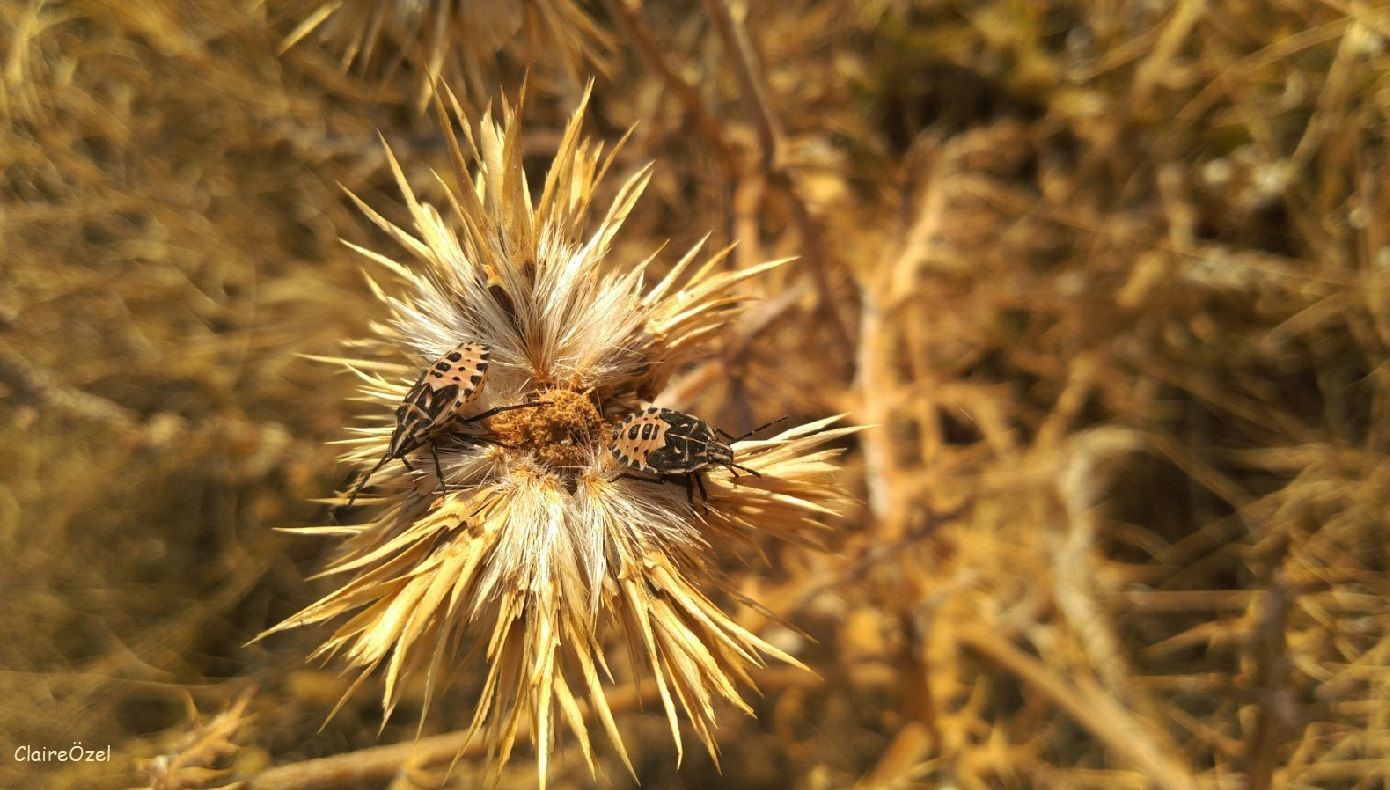 Most of the trees and shrubs planted around the Mandala got good watering - over two days. This should allow them to build up strength before winter sets in. At the end of the summer season, the annuals have dried into brittle beige, still standing on their stems though easily broken with a kick. They can be rolled into large balls so the shrubs can be seen. Some are still buried in the sea of fine twigs. Would these actually make good insulation against winter cold? Not against snow. 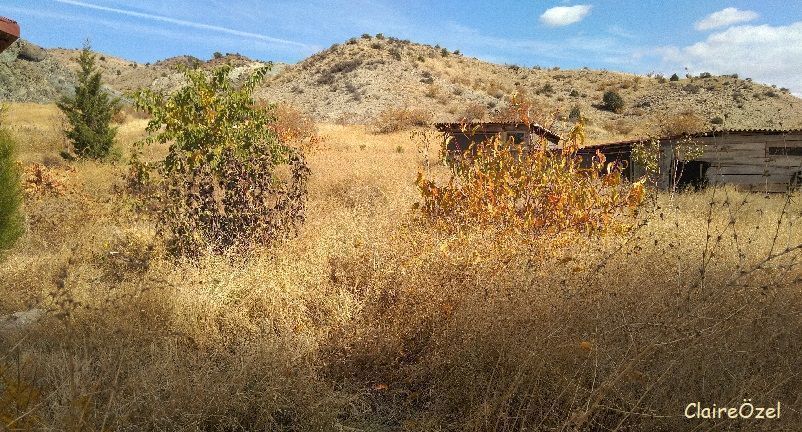 Nezir, the fountain you made several years ago is well appreciated. I wonder what will be happening at Güneşköy in several years from now; patience... we'll find out.