Since I left for a couple of weeks in the UK what has changed?

2. The roasting heat has died down.  Until 10 the morning air is even cool . Leaving Ankara at 7am, we need to wear a few layers.

3.  Okra!!!  Delicious in a variety of recipes.  My favorites are from Madhur Jaffrey. Today Özlem made us a Turkish version of chickpea-okra.   However.... have you ever tried picking okra?

Its wild cousin, Hibiscus trionum, flowers a few meters away - spineless and beautiful. 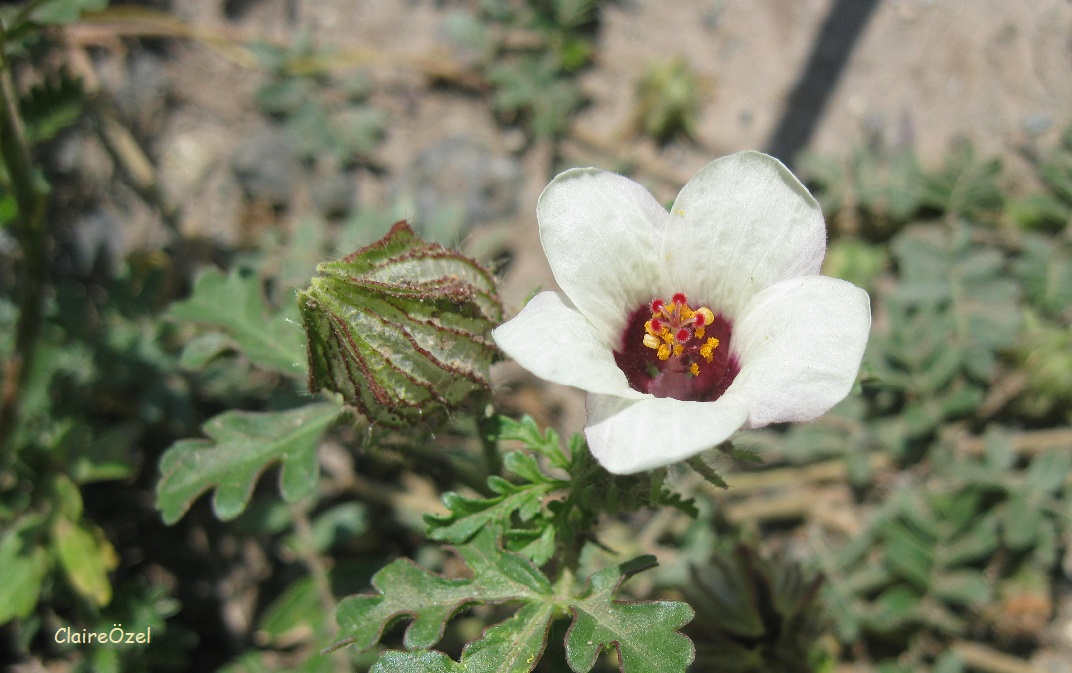 Okra is bold, tall, and protects itself extremely well. 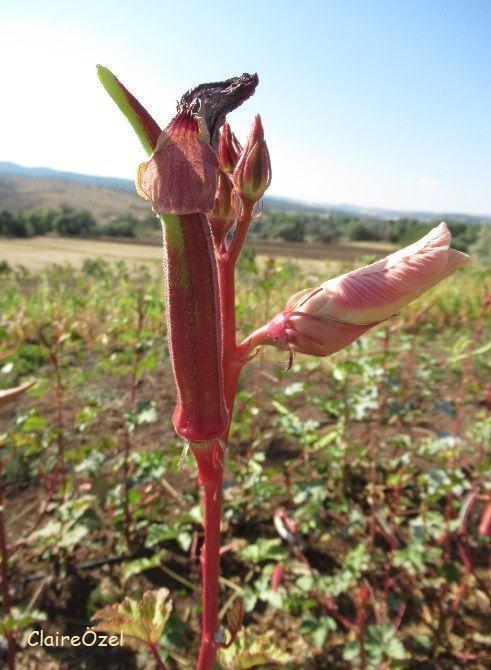 The fruit is fleshy, unlike the translucent bladder of its wild relative.  Earlier in the year the fuzz of tiny hairs on the leaves and fuit make harvesting similar to that of cucumbers.  Now that the summer is drawing to an end, the hairs have dried into micro daggers!  I thought I was ready, armed with secateurs and a glove on my left hand...I hardly managed to finish the first row - needing to run my arm under cold water for 5 minutes, then smear in Adnan's cream.

I did go back, completing the harvest in 2 sessions.  The itching can be handled "mind over matter" up to a point! The third time, I had a long sleeved shirt, gloves... and still wnated to scrape my skin off.

Before cooking them, scrub with a stiff brush - to make it easier to hld them for chopping

4. Preparing the bags: 26+1 for METU and 2 other delivery points.  Team work, as we flow into action, lead by Celal: Each crate is weighed, then once each portion is calculated, we start to measure out: some weighted indivudually, some a coupe of handfuls, or enough to cover the bottom of the bag. Or 3 cobs of corn.  A soothing routine after the heavy slog of harvest in the field.  Again, care is needed: the firm hard veg at the bottom (corn, cucumbers, onions, potatoes), and on the top the easily bruised tomatoes, and finaly the bunch of purslane! Parsely is kept fresh in water until the delivery point...

Lots of peppers! Plentiful harvest, sweet not hot.  Various ways of making pickles, and paste (a variation on tomato paste). Members are sharing recipes on our Whatsapp group.

5.  Once all the work was done, I wandered to the south eastern corner: I must have missed a cocklebur a couple of years ago. I came too late to pull many up by the roots, so had to sut the stems.  A huge pile is now drying out, to be burnt when dry.  I'll need to check they don't manage to grow back before the end of the year! 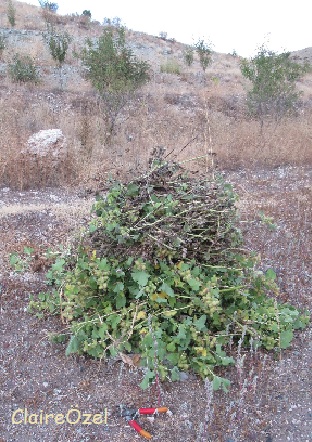 See the secateurs for size!

5. Winter crops are growing on the lowest terrace: spinach, rocket and swede

7. The evening shadows as the cows go home:  The 90m tall pillars of the viaduct await the platform that will carry the rails.  MSS90 - Mobile Scaffolding System, 90m - is now being dismantled from Edige, so will then be assembled at the start of our 10th viaduct. 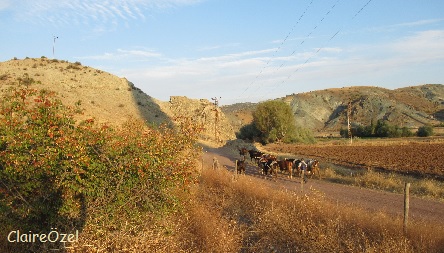 I try to imagine the finished shadow, as the horizontal platform moves from the west (projection of the earliest sun in the east) to an alignment with the pillar shadows at midday before the N-S line moves east as the sun sets in the west.

Stenciling Sleeping out
Other Blogs
Blog
We use cookies on our website to support technical features that enhance the user experience. For detailed information click here.
Accept