Ready for something new?

Ready for something new? 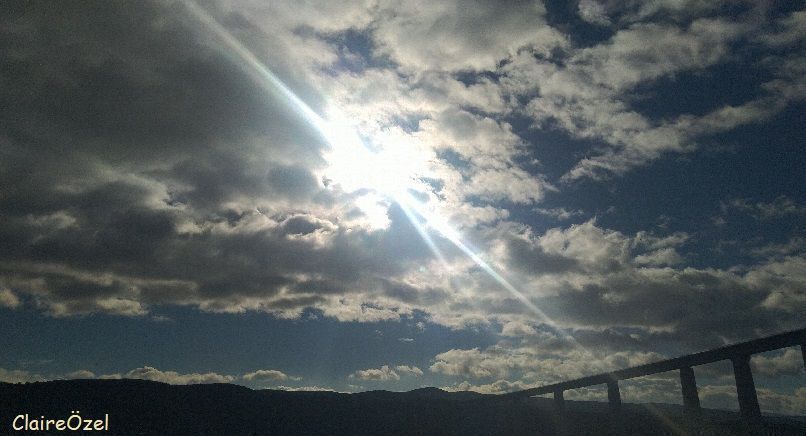 A crisp winter day; beautiful clouds remind me of being tempted to study meteorology years ago! A visitor from Louisiana, Gülce, tells of her plancton studies, and environmental DNA! An entirely new area of study.  How little we know of the world we live in, what richness where others see barren emptiness, oh the beauty and diversity of plancton... and Central Anatolia.

After midday, the shadows already to the east of the viaduct and the sun just peaks between pillars 10 and 11. How fast time flies! Seda wasn't at home: in hospital with young Ecrin. By the evening, they are back at Seda's house, heating the stove for a snug evening. 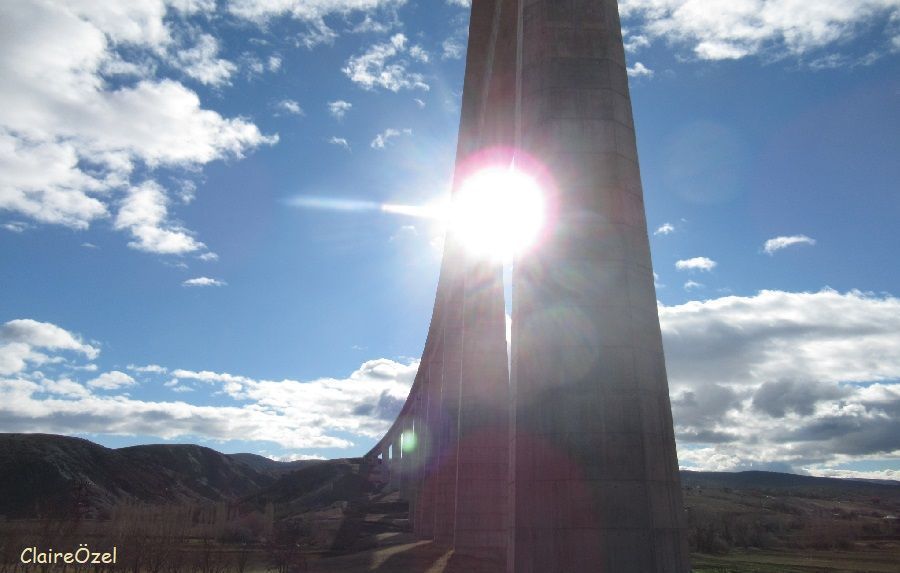 Sharp contrasts of shade and light highlight the rolling hills, strict human lines - the viaduct shadows, and the sunlit tower of the electricity supply against the dark background. Today Abdullah is respnosible for the sheep, after a week in school being taught subjects that relate little to the job he's been doing for several years. A hard balance to keep: what matters, especially as the Turkish economy has been hurling itself all over the place, a stampede which could take us anywhere. 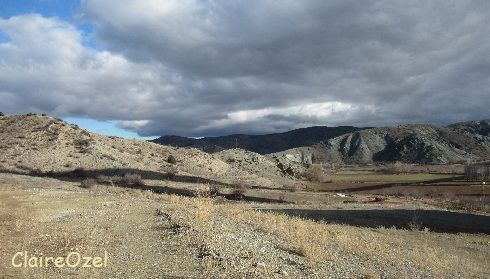 Long term thinking: these winter months are for planting seeds that can get a winter chill before sprouting - if they like their place. I'm focussing on the mound between the 9-10th pillars, bare soil landscaped two years ago. Today I scatter Mahlep cherry and oleaster. 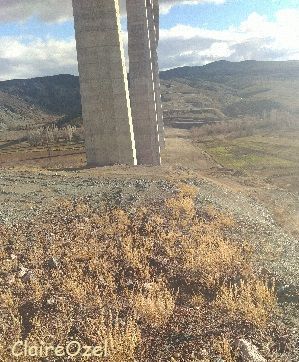 International lunch: Korean Mandu, frozen since Kim made them in my kitchen in 2020. Steamed / boiled: both are possible, eaten with Larissa's Georgian plum sauce. Also Smita Tewari Jassal's "Indian dumplings" (from Ali and İnci's new year party), İnci's orange celery, Güneşköy spinach and bulgur and Güneşköy green salad. Meanwhile Herkül was free to roam as İnci cooked him a special chicken dinner. While Celal is on leave, Tahir drops by to feed him, and make sure his water hasn't frozen over. 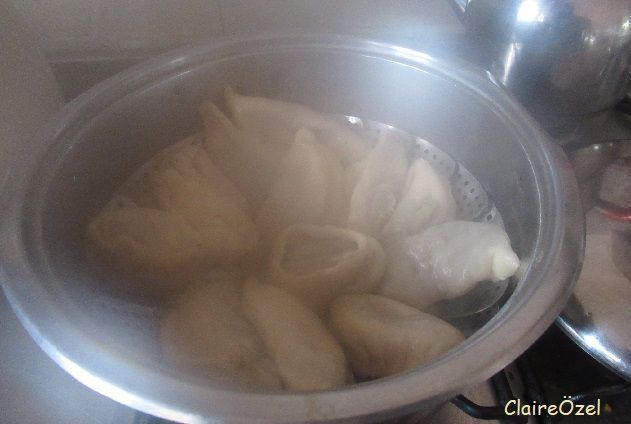 Two flowers today: the regular Colchicum, which flowers December to February, and speedwell/ Veronica, which I'd never seen before March. 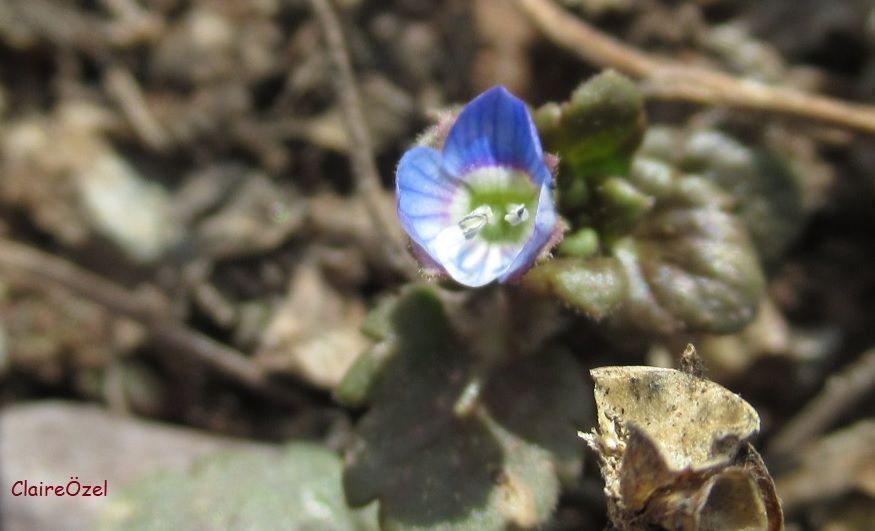 Another victim of human constructions, this robin had been dead for a while. Rigor mortis had set in and despite the cold flies were taking an interest. Of the birds that fly in through a broken window pane of the large glass house, not all manage to find a way out. This one probably hit glass on the western end, where I found it on the path. I hope the end was swift, after a life of freedom. 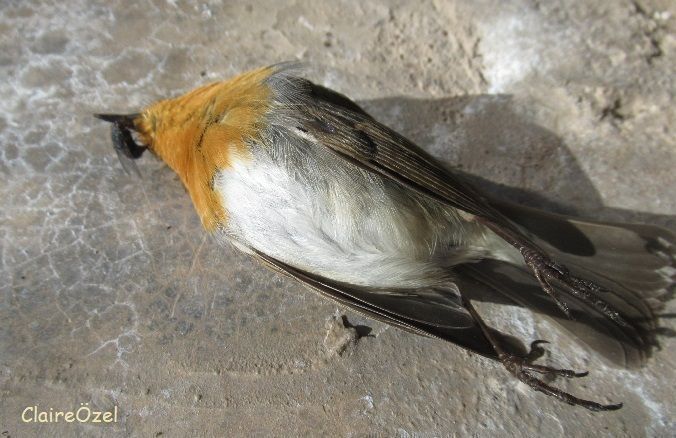