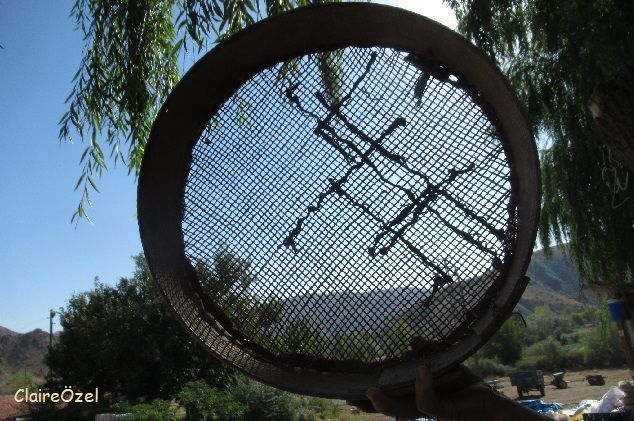 A big decision, 25 years after starting work at METU I opted for retirement sealed with a quick signature.  18 hours later I was at Güneşköy. My first visit was to our neighbours at Çiftlik Mahallesi, a small settlement of 6 farms: homes and barns for animals (sheep, goats, cows).  Our closest bonds are with Fatma Kıvanç and her family.  That morning she needed to sift through braley grains... but her sieve needed repairing; weaving skills from 35 years ago surfaced - I can do far more than teach English, and implement a system that I was not comfortable with, especially under the COVID distance teaching conditions.

Fatma handles the sieve with ease, as I helped by shoveling grain, 3 shovelfuls at a time. Why could barley dust be more irritating that wheat dust? Keep an eye on the ducks and geese; they'll grab some grain if given a chance! 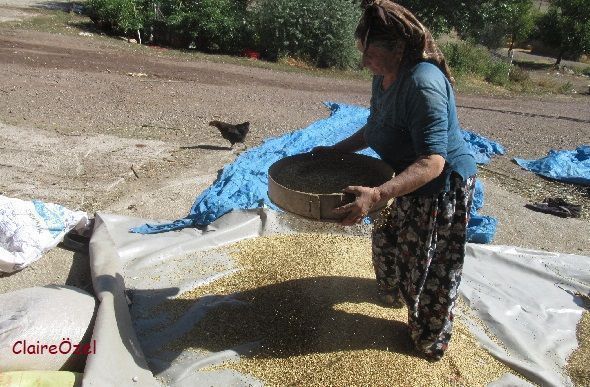 As the broccoli grows, Cabbage White butterflies have already seized the opportunity. Butterflies mate even 2 days after pupating. The caterpillars molt 5 times as they grow (in 10 days). 3 weeks from hatching, they a snug in their silk case, where the pupa transforms into a butterfly. A highly successful species, until seen from the farming perspective: too successful. 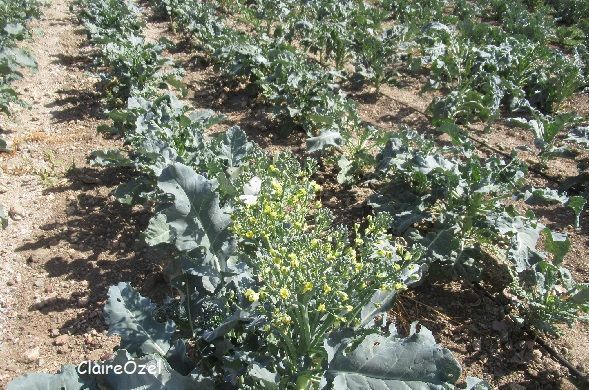 Try following this 6-7cm wing span butterfly... I should get to know these better.

As we reach the end of the 2020 growing season, nature wants to survive for another year. This watermelon couldn't wait to sprout... 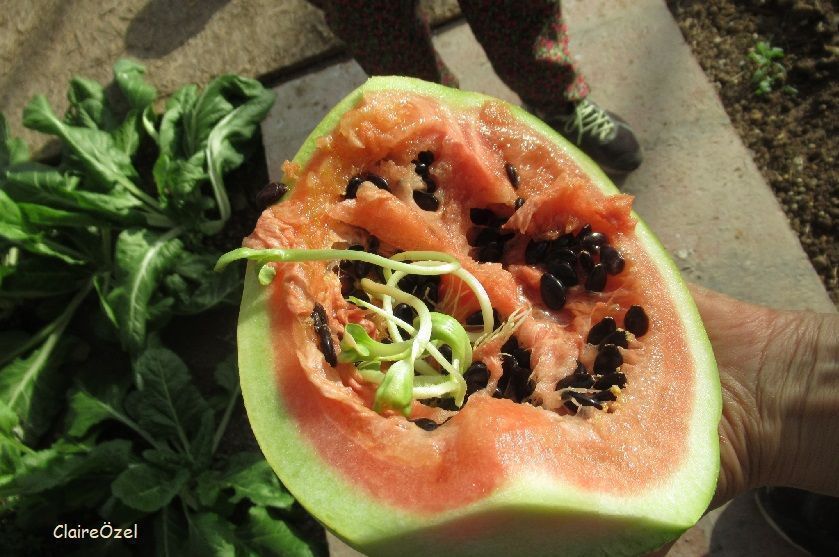 After weeks unattended, the pond has grown rich vegetation. The water is not stagnant as it is regularly filled and emptied for watering. Ece's knowledge of pond ecology clarified the situation. As the reeds and algae grow, what transfers of minerals and other nutional elements are happening? 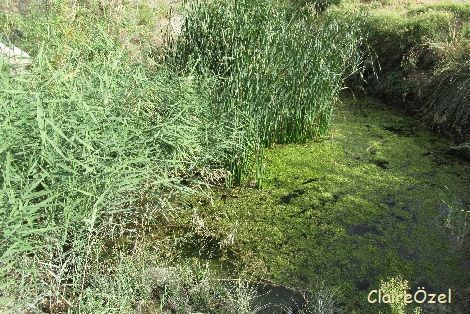 For decades, shepherds set out from Çiftlik over the hill as they led flocks and herds on yet another day grazing the hills around. The track they also returned along every evening is still clear 18 years later, even though Celal had ploughed up the path. It marks a difference between flora above and below: though thinner in the stony ground above, there is more variety, whereas below the path there is more mass of vegetation, especially visible Mullein plants; however, could it be that certain species don't stand a chance here? 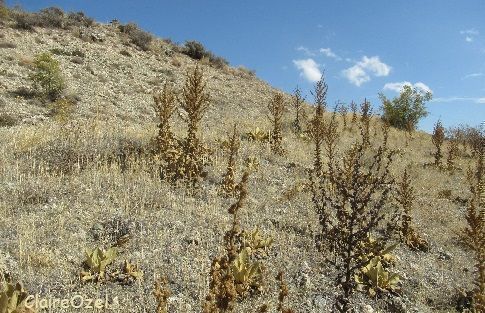 How many are aware of the effort that goes into every one of the 82 bags of fresh produce that we have been delivering weekly since the season started in June? At the end of a long day as we leave 22 bags for collection at METU, one of the jars of tomato juice had been leaking so we had to remake a bag. Some of the vegetables might be a bit squashed, a bug might crawl out, a corner nibbled by a mouse...but all are really healthy - nowhere near any chemicals. Güneşköy, as promised, shares 90% of the produce to those signed up to our Bahçemiz program, unlike the 50% of produce regularly thrown away because "it is not good enough for the shops' image". Our produce have taken hours of work! Even though COVID confinement conditions have meant volunteers have not been able to be with us at Güneşköy, we look forward to people visiting to better understand what agriculture involves olarak 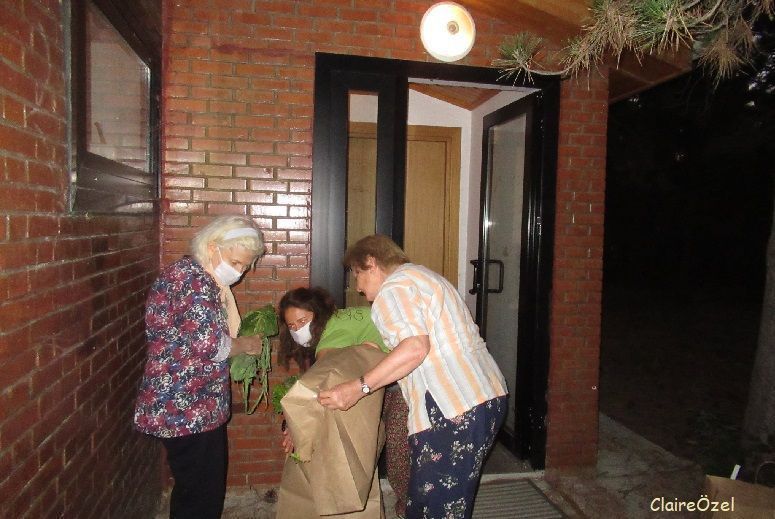