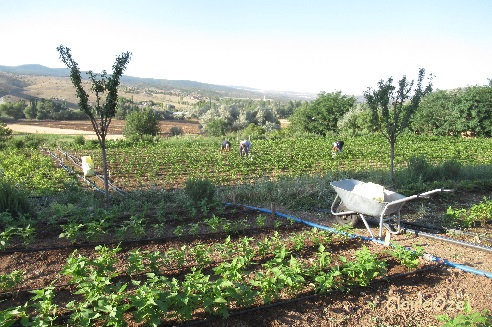 Every Sunday during "the season", work starts early. 46 packets of vegetables to be picked, weighed and packaged before stacking in the van, ready for delivery Monday morning (YüzYıl and Ayrancı).  This is the last delivery before the Eid break: many will not want 7 8 kg of vegetables before setting off for the break - traditionally to visit family, more recently for a holiday; but what are people doing under COVİD conditions?

The shadow of the 10th viaduct pillar shows it is about 8.20. In the hot summer heat, these periods of morning shade are welcome.  A given point on our western terraces is protected from the sun's rays for about 30 minutes. By moving eastwards, I managed a whole cool hour, but how fast I had to move as our earth relentlessly spins on its axis.

I spent several hours sitting with our Korean volunteer between the potato plants, pulling out the weeds at their base. Nearly but not quite repetitive, potato weeding meditation. Soon we were tuned in, feeling under the tangled masses of Consolida - bindweed is certainly an appropriate name!Eventually without looking, we were feeling where a root entered the soil, and holding it just right with the exact amount of strength some of it could be out - this is one plant that may anchor 2 meters down in search of moisture. So competitive that it dominates much of the ground cover. In places, purslane has been able to take control before the bindweed. I will try to give a verbal description: in this photo, little soil is visible, the most common plant being the purslane we love to eat in salad with yogurt, or cooked as a dish. ..... ((( Sarmaşık kadar güçlü değil ki onun kadar derine inen ip kadar sağlam bir kökü yok. Sarmaşık gövdeleri bulduğu herşeye sarar, mümkünse yukarıya çıkmak amaçlı - daha fazla ışık olunca daha çiçek, daha yaşayacak tohumlar üretir. Başka bitki bulmazsa kendi saplarını bulur ve keçeleşme gibi birbirine sağlam tutarak kaldırılmasını zorlaştırır. Semiz ise başka bir bitki boğmaz, sadece alttan başka bitkilerin suyunu çeker. Yakında semizler çiçeklenince artık yenilmez. ))) 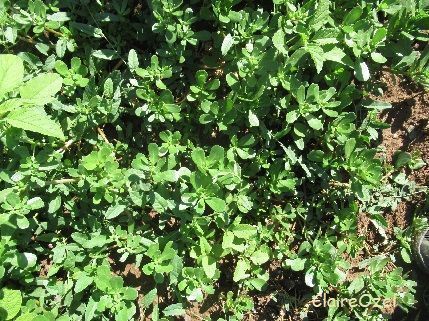 At the sun's most westerly point, as it is about to sink beyond the hills, it projects its last rays of light through the viaduct. The longest shadow is nearly horizontal along the southern slopes of the Balaban Valley. Our pillars (9-10-11) can be worked out from the shadows of closely spaced pillars 14-15-16. The high plateau of Central Anatolia are conducive to astronomical observations and reflections on our position in the universe.

I called by to thank Kadir's family for their hep last week, and was invited to join them for their evening meal. Delicious, and virtually all their produce. 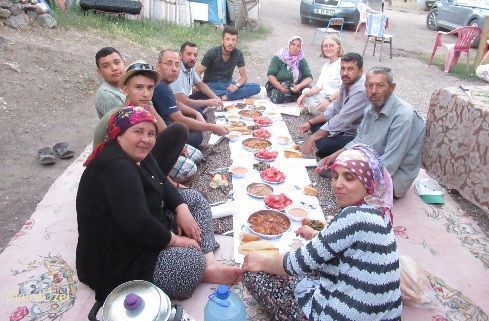 Scolymus hispanicus, the Golden thistle, has started to flower. One of the wide Asteraceae family, which includes daisies, it is adapted to the Central Anatolian condiditons, with strong thistles to decrease dehydration and deter any potential consumers - NOT for eating... 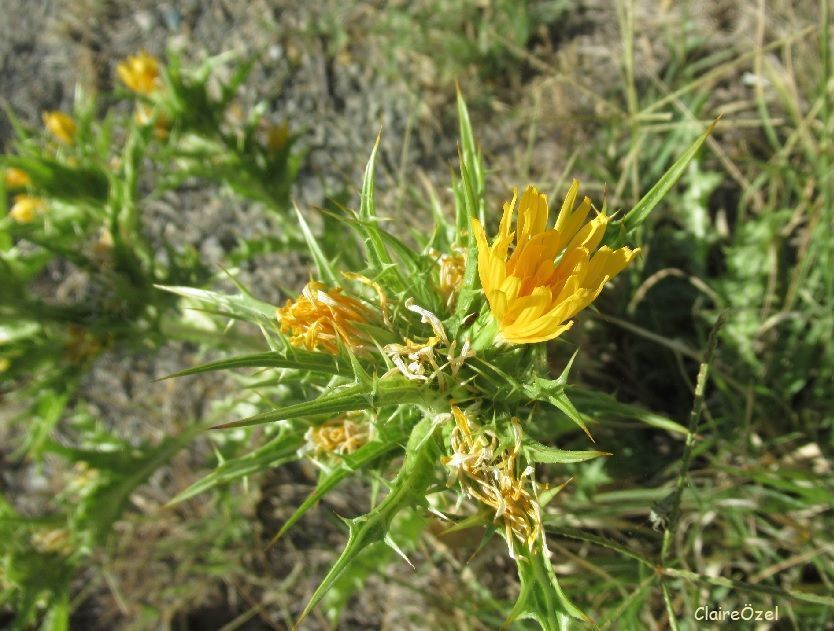 Help from Near and Far
Other Blogs
Blog
We use cookies on our website to support technical features that enhance the user experience. For detailed information click here.
Accept