Elmadağ was smothered in fog, some thick patches then an open area surrounded by cloud.  Quite eerie!  As we went down into the valley, we could see more.  Later in the day the fog had lifted - the weather is far too warm for the season...

At our neighbours' in Çiftlik, the cows were taking their turns drinking. This is Elif's cow's daughter from last year. This year she too will carry a calf, with veterinary assistance: first year cows are not paired with a bull. Perhaps next year. 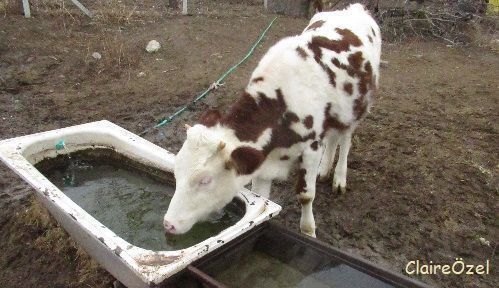 Making shelter for the sheep, the bark is being peeled off the freshly cut poplar. Otherwise, there will be shelter for insects. 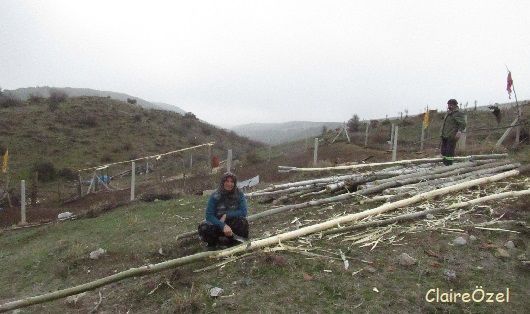 A late lunch, as we waited for the hamsi to be grilled. This season's fishing has been halted as too many young are being caught - there were some really tiny ones falling through the grill. I again my my mustart leaf soup, this time with a jar of late tomato puree. It wasn't to Fatma's liking, but the inquisitive puppy, who had followed her all the way from the farm, was happy to eat it. Having had him run off with my shoes at Çiftlik, this doesn't show much recognition for my culinary skills! 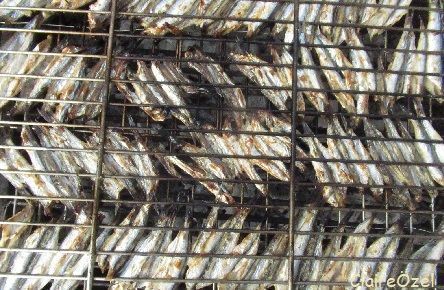 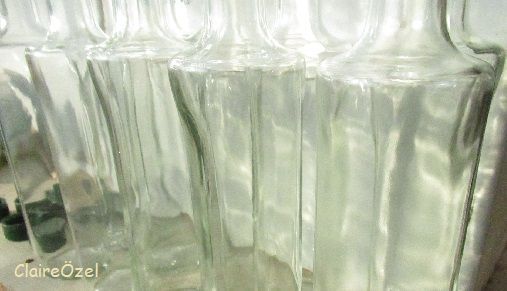 Human stucture in nature, and reflecting in each other. While Celal was away for 8 days. Herkül knew where his bread was kept. He wanted to go there. He found a way - breaking and entering through a window. The culprit was clear: no bread left! 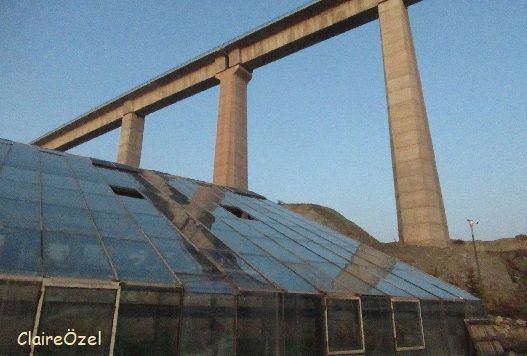 I have worked out how a blind person can sense a sundial. Ask me in the summer!

Possible Cooperation
Other Blogs
Blog
We use cookies on our website to support technical features that enhance the user experience. For detailed information click here.
Accept