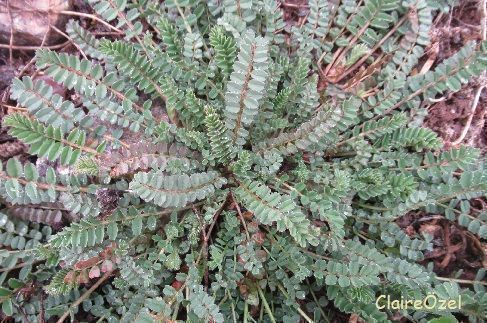 Nature is determined to thrive.  A week ago far more soil was visible in the spinach field.  Now numerous rosettes are growing faster than the spinach.  Salad burnet - Sanguisorba minor - is the most pleasing, though the variety is rich.  Several have started flowering in the low temperatures: at least two boraganacea Buglossoides and possibly?Alkanna?, the unnusually bilateral yellow poppy Hypecoum procumbens , rock jasmine Androsace maxima, ragwort Senecio vernalis,...

At the top of Hawk Hill, wild almonds Prunus amygdalus orientalis are starting to blossom, though snow is soon to come...

It started raining on Saturday evening, and continued through the night, drumming steadily on the glass of the Sera. It was still raining in the morning... The soil was bloated, leaves gleaming with droplets, and animals removing grains of sticky earth from their holes. After breakfast I walked up the Canyon. Had excess water washed down from the hills above, the bottom of the trench would have been covered in a new layer of fresh fine soil, but even at the top of the trench fist sized rocks and larger made walking awkward. Any soil and particles the recent rain might have brought will have remained above the barrier growing behind the spiny framework of the large Jerusalem thorn bush uprooted in 2019: since then it has gathered twigs and grasses to thicken the mesh and retain more mass. 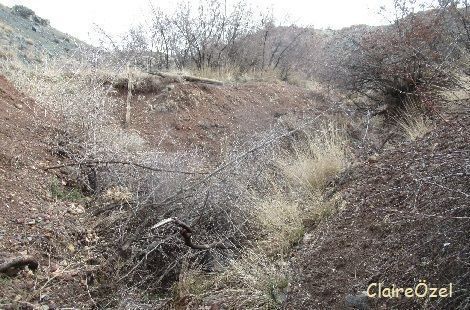 Which plants are perennials? This is the best time to walk around and notice where fresh new leaves are sprouting between dried brown twigs and semi-rotten grasses from last year's season. Once the flowers blossom, we'll know exactly which species is which. 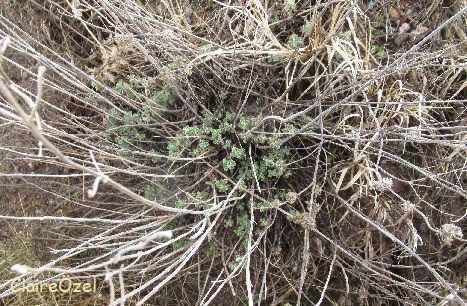 This Sambucus nigra was planted 23 months ago and has now come through its second winter, after two grilling summers. It is still growing in this rather arid patch as I burried a 5 litre unglased earthenware jar and filled it regularly, especially in the summer months. Last October some creature went and nibbled all its leaves! kış boyunca sulandıktan sonra tekrar canlanıyor. Nisan 2019'da testi yanında dikilen mürver 3 noktada yaprak açtı. Ekimde yaprakları kim yedi bilinmezse, kökleri sağlam kalmış. 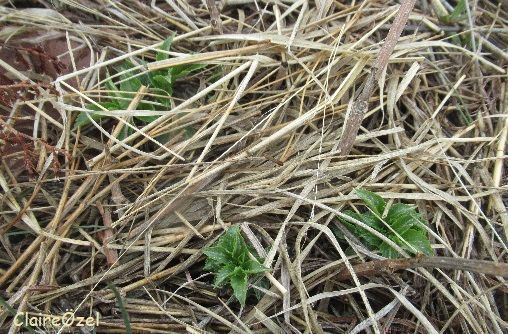 The fruit trees planted in 2007 need pruning, especially the suckers sprouting at the base. Much work to be done still... And only some of last year's grafts took; those that didn't will be tried again.

The first meeting of Güneşköy's new UNDP Small Grant Project KırCan. İnci gathered us in the Mandala building for the initial warm up, using GEN's set of cards, with striking pictures and stimulating sentences. We each drew a card from one of the 5 categories - Culture, Economy, Community, ... How much discussion can flow from a single sentence, but sitting around in the cold some of us needed to warm up physically. 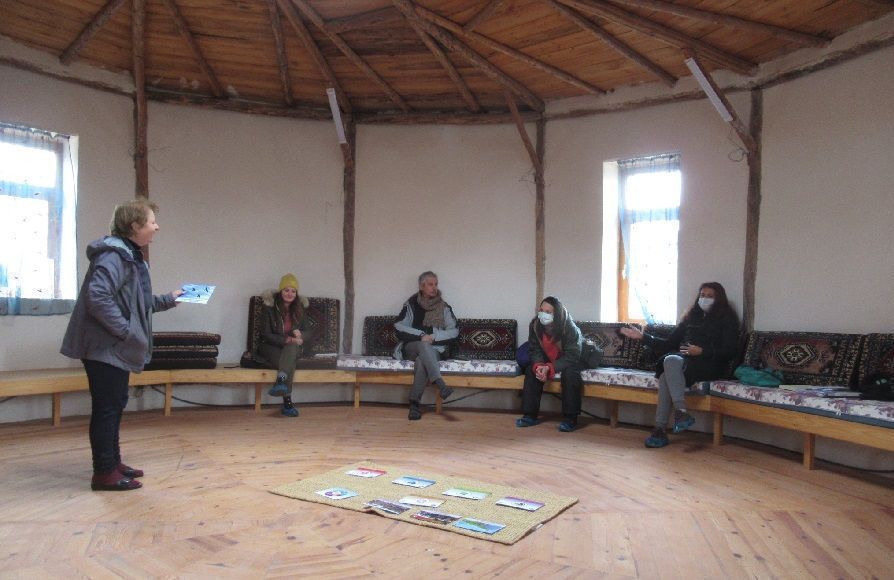 How amazingly fast did this new team come up with this feast! Two large bowls of salad from our winter produce: spinach, rocket, chard... İnci's börek, and an eggy bake... We soon warmed up! 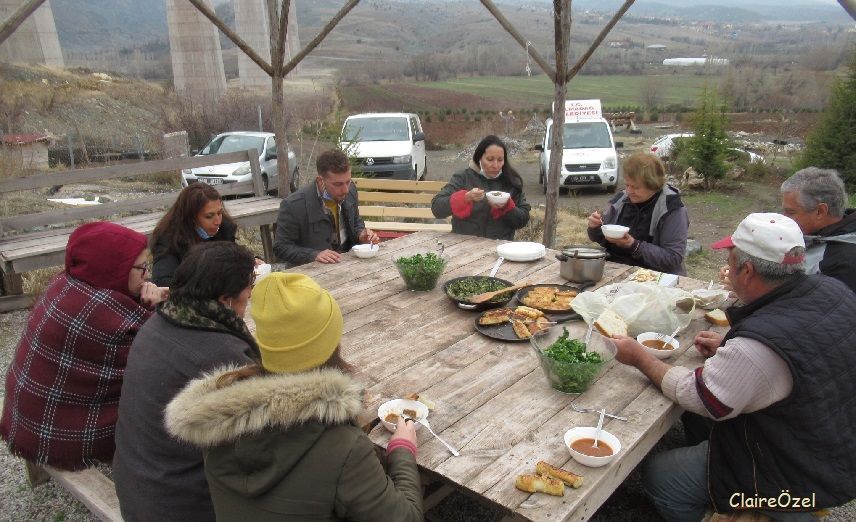 After lunch, we stayed in the warmer glass house for the planning session: socially distanced, and some even wearing masks. 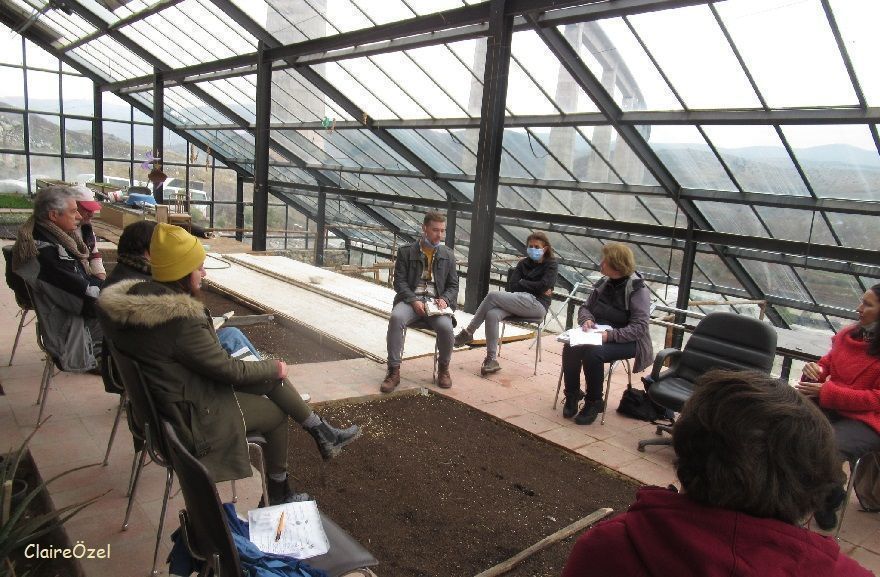 Dome door opened
Other Blogs
Blog
We use cookies on our website to support technical features that enhance the user experience. For detailed information click here.
Accept