Picking up the bags of veg

Picking up the bags of veg 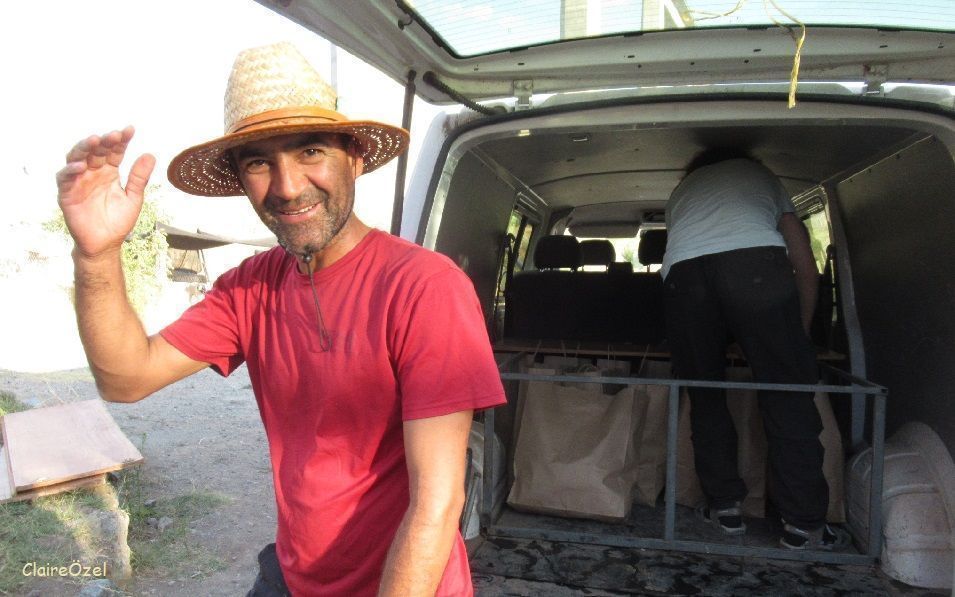 How important it is to smile! 5 of us were going to come this morning.  Health demanded a higher priority.  In the afternoon, Ibrahim and I set off to collect the 48 packages that Celal and Merdan had nearly finished packing.  The system works well, but is running thin...

In the most bountiful time of year, the VW Transporter barely takes the load: 6 packets in the bottom layer, 7 above. Around 12kg each, it takes an expert to fit them all into position.  At least the tight fit means they cannot slip around on the way.  The van itself is getting tired, needing attention, a warning light flashing, and power lacking... This will demand rather too much attention, at a time when there is so much to do! 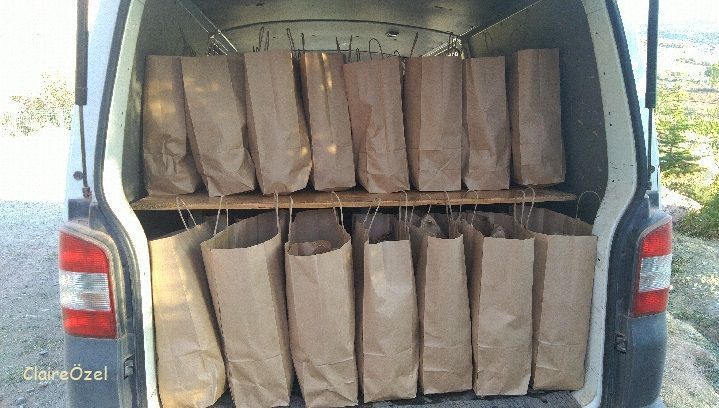 The plums set out to dry last Sunday are ready. 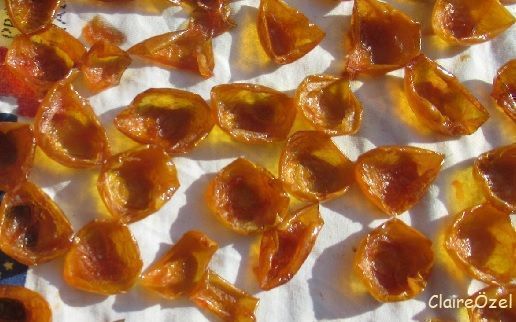 During the 9 days Celal was away, the watering was sufficient; no serious concern there.  But... veg saved for seed was harvested! How could this have been marked out - just in case, an unexpected turn of events, as happened - so anyone would know to leave them in place? As for the peas, those days at 39 degrees Celsius were too much.  The only ones that survived are those whose watering nozzles were blocked, saving the seedlings from cooking in damp soil.  Climate change :(