The CrowWoman we created on Women's day last week is still standing strong, visible even from the other side of the valley.  She now has both hands (another abandonned bright yellow safety glove), and no longer spins unsteadily in the wind now that Celal has set her firmly in a concrete base.  Her safety hard hat suits her.

When we arrived, Doğus' digger was busy shovveling soil between the 9th and 10th pillars of our viaduct.  The base of the 5th, 6th and 7th pillars have been neatly flattened.  But is that what we want?  Perhaps something more shapely... 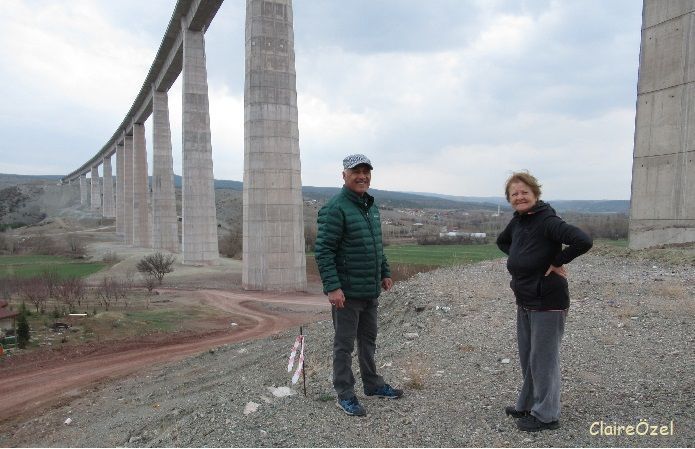 Fiko, Ali, İnci and I set off to check out 'roads and slopes' to formulate our request - our initial agreement in 2015 includes landscaping at the end of construction.  We get the steep track running near the glasshour covered in mounds of earth - to be landscaped later.  Between the 10th and 11th pillars a number of tire tracks form a broad knotted junction. Ömer (head of Hisarköy) agrees that the track that used to run on the south should be rerouted on the other side of Pillar 11, on the other side of the water channel.  This would leave only the service route going up near the Mandala stawbale building.  Perhaps that track could eb shifter closer to the pillars, so we can recover a little more land. 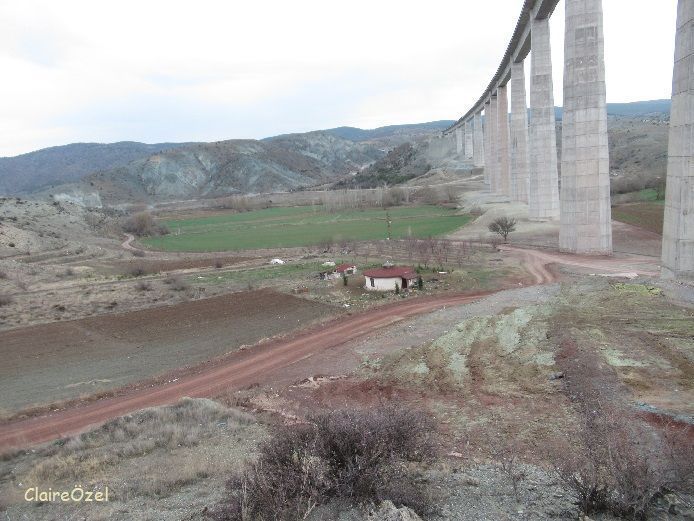 East of Pillar no.9 I investigate a small untouched patch, which might disappear in the next days.  I find two more Iris galatica.  Though this is the worst possible time to dig up bulbs, this could be the last opportunity before they vanish. 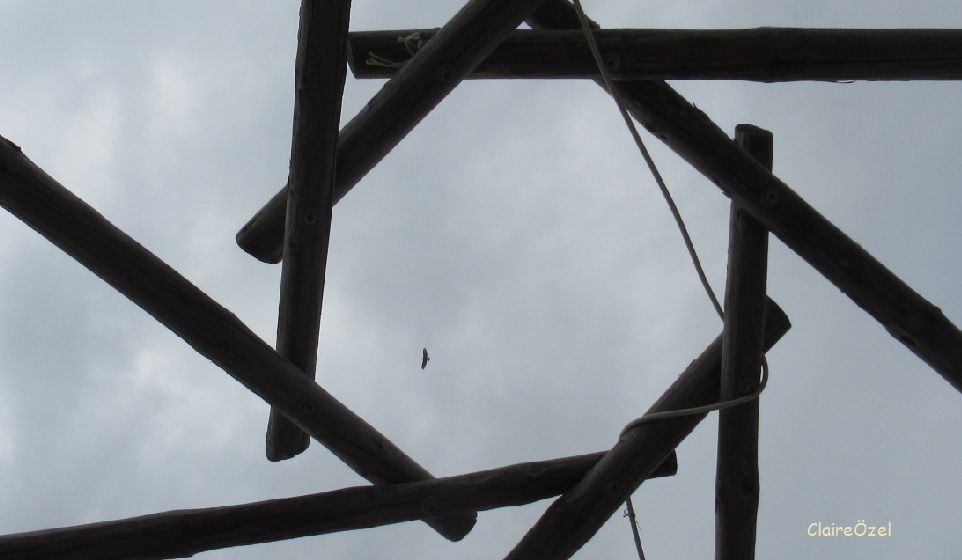 Fying above our head, a long-legged buzzard Buteo rufinus, is back in the valley now that the construction work is finished.  Mesmerising to watch as they glide in the currents, looking out for prey. 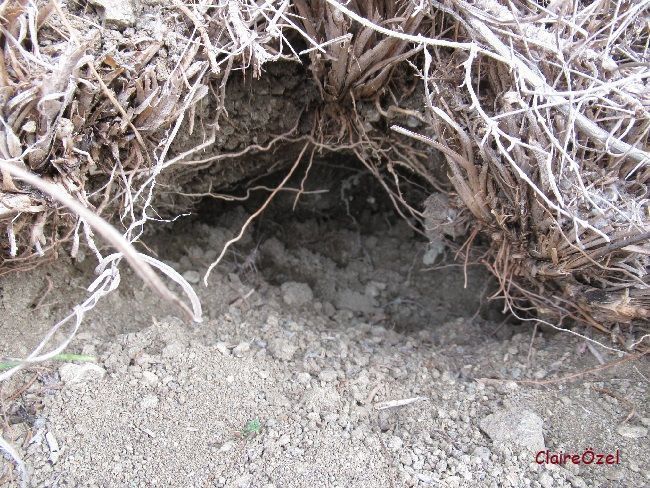 A tortoise has walked out of hibernation. 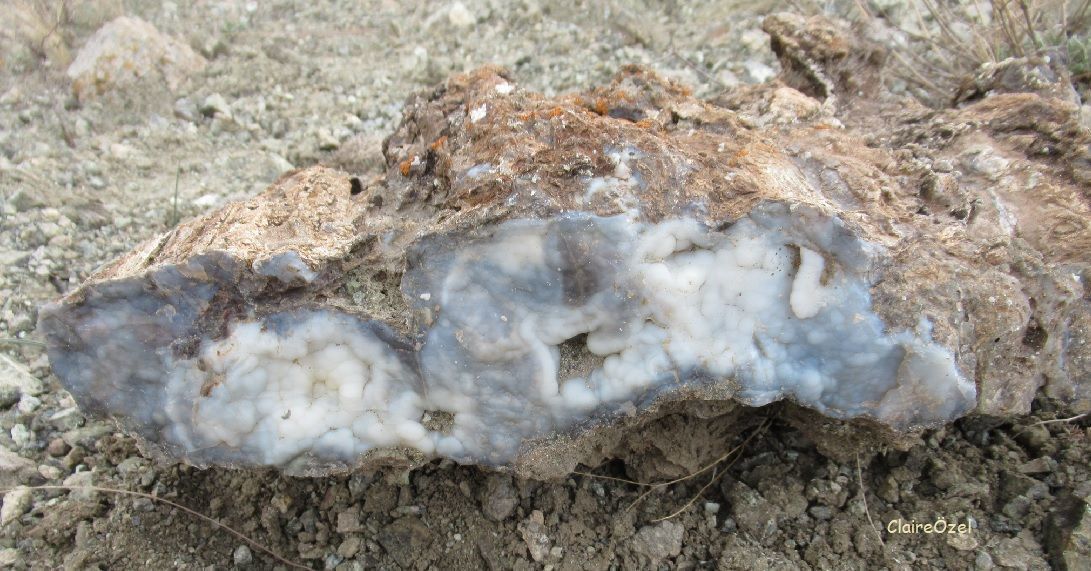 An example of Opal formation, seen in a rock smashed during construction.

Sunday morning we were still too hot, peeling of layers of clothes.  By lunch time, it was cooler and in the evening it was getting cold.  The next day it was snowing in many parts of Anatolia.  Yet another time, trees have been tricked into flowering before the last frosts...

Digging for water, and more Spring structure
Other Blogs
Blog
We use cookies on our website to support technical features that enhance the user experience. For detailed information click here.
Accept