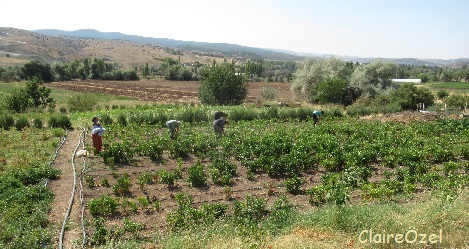 As every Wednesday during the season, we picked produce.  Without Celal, we came with a team. The watermellons had already been harvested. Lots of tomatoes (very abundant, especially compared to last year), 3 types of peppers, ... Quicked work when picked together.  I do wonder 1. how many people would eat cucumbers if they had to pick them first. Itchy work especially as they hide under the wide leaves.  Watch out for the peppers! One victim today innocently bit into one expecting the gentle sweetness, and turned red as chemical power exploded in her!  Among the sweet peppers are those pollinated by bees coming from the far off other patch, that of the atomic, nuclear kind.  It's best to test the cut head with the tip of your tongue before adding each to a bowl of salad.

Enough of people, let's look at nature. The fresh produce has attracted a visitor, perched on the edge of the white box. 15cm long body (not the tail), upright and alert, turning its head left to right. A long thin dark beak, and black around the eye, with a white bib. As I gently stepped towards it, it flew away... 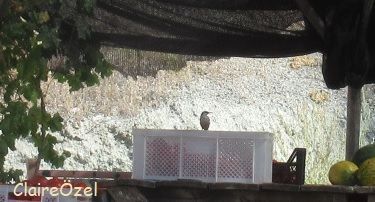 Today we sun dried 216 balls until rock hard, no longer fast food for rodents, birds or bugs. Yesterday, Kim was with us in Ankara. Some of us met at METU'S vegetable garden to make seedballs: seeds from Güneşköy wild flowers, vermicompost, and clay from METU. CRY-Gen's best ever English speaking event: Doğukan, Merve and Okan had to speak English, as none of us knew any Korean or Russian. Trying different seed ball mixtures, we got into the swing. It had to be sticky enough but not too wet. We made ours a little flattened, so they won't roll down the slope too easily. 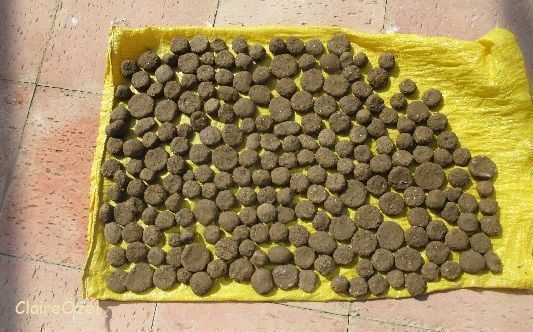 The Balaban stream is no longer flowing, the bed now dry under the bridge. Water in our irrigation pond is pumped up from 30m below. Around the pond willow herb and this little one I've not yet seen. Only 20cm high. 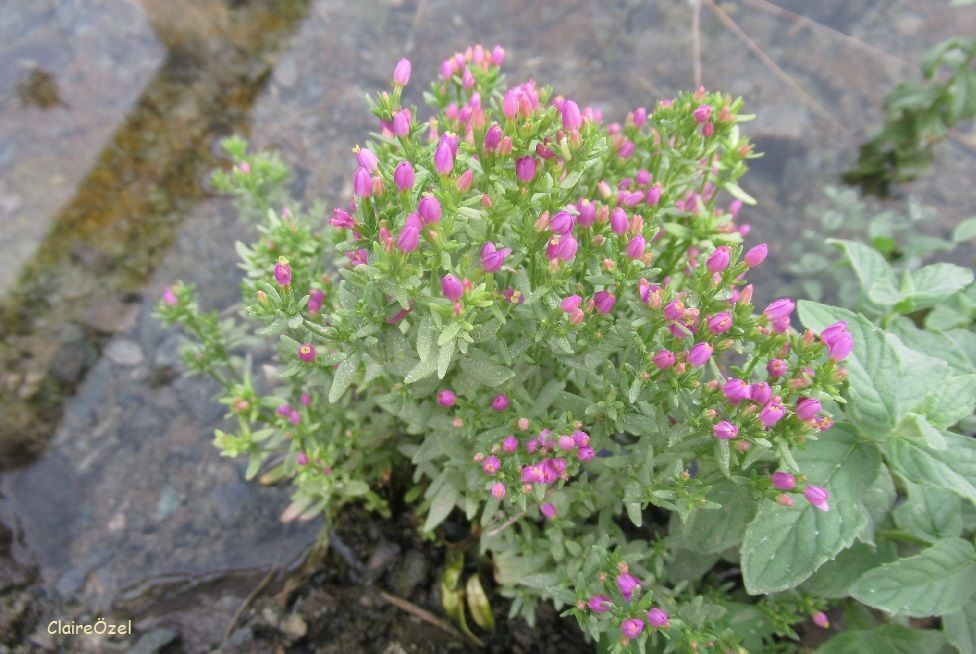 This swallowtail has seen better days, now flying with large beak shaped gashes in its wings. It seems to love Cirsium arvense, the creeping thistle that is spreading so many seeds! 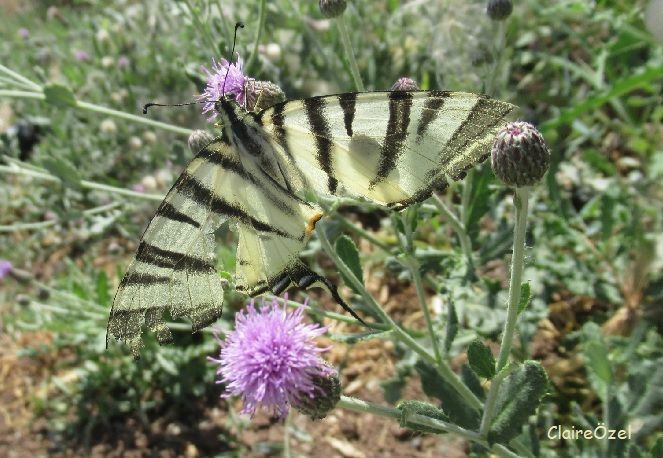 Who's been here when no one was watching? A medium sized mammal. Any suggestions? 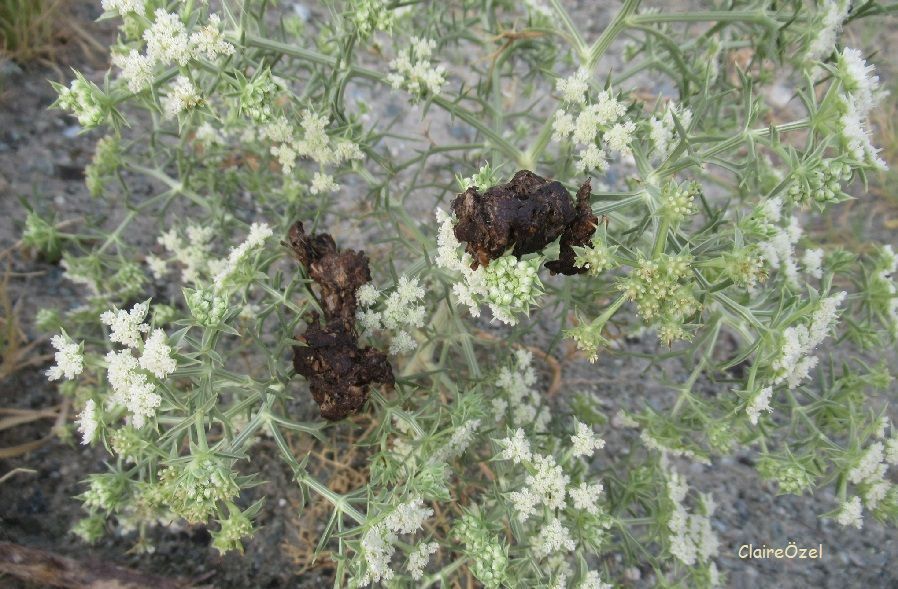 Still wondering what happened today? Our longest ever volunteer, Kim, found out Ukraine was to close its borders. He'd been with us since 20th July. He'd wanted to stay on, one or even two more weeks. Rising COVİD19 cases meant a sudden change of plans. Adnan and I had already set off with 700kg of produce, ready for delivery, when he called us. 3 hours after leaving Güneşköy he was at the airport about to board the penultimate Ankara-Kiev Pegasus flight. Kim, thanks for all you contributed, we'll remember you often. Yolun açık olsun!

It should have happened but didn't
Other Blogs
Blog
We use cookies on our website to support technical features that enhance the user experience. For detailed information click here.
Accept