Help from Near and Far

Help from Near and Far

Some problems feel so big, one doesn't know quite what to do.  While on the way I'd checked the pressure of the front left tire that had been gradually losing pressure over the weeks, 36 hours later the tire was definitely low in air, flattening nastily in the midday sun; could I make it to the nearest garage 15 kilometers away?  Celal told me local farmers would have a compressor; ask the neighbours... For years I've been calling by the Kıvanç family, but theirs was faulty; "Ask the neighbours", people I'd never spoken with; not the most comfortable position, however no choice!

I shouldn't have worried. "Of course, bring the car closer up..." and the wheel was again cushioned with a cırcular tire!  Someone brought tea, another washed the car...and went on to find the guilty item, a screw wedged in at an angle!  "No problem..." 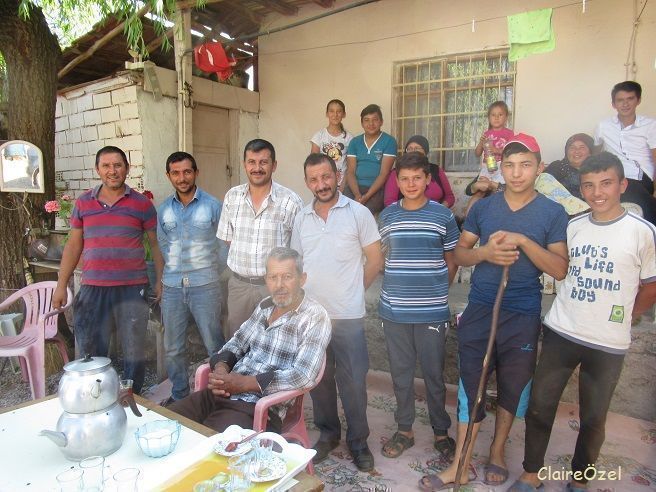 and a tool kit appeared, the screw was removed with a rush of air until a quick operation plugged the leak!

This is Anatolian hospitality and support.  Thanks to Kasım Kaplan's family a bad patch opened the way to a new friendship. 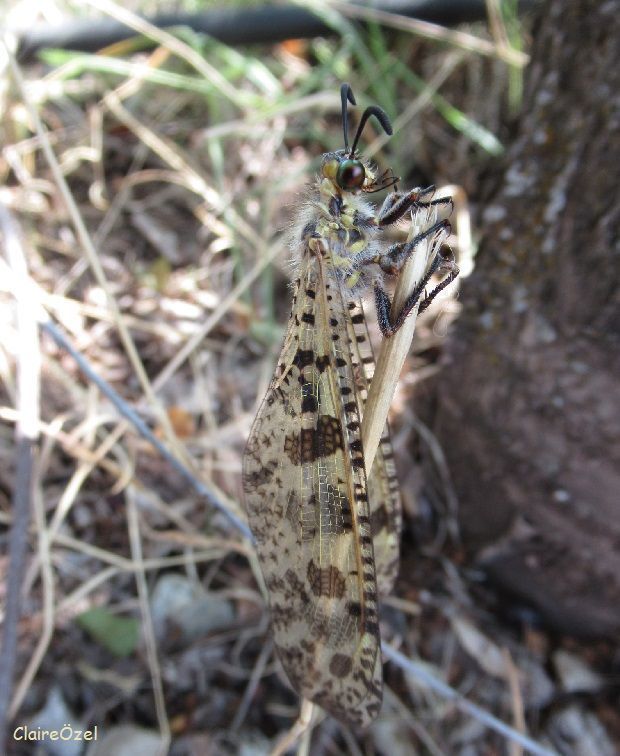 The day had been a long one.  Having finally learnt that my departmental duties were over for this extended distance education and testing semester, I had a number of things to finalise before I could set off.  Later in the afternoon I collected the coffee grounds (15 litres this week, as more people are meeting friends outside), more elastic bands (now we are in the 4th week of weekly vegetable deliveries to 80 households) ... then a repair to the car - the base plate had come loose and was dragging on the road.  How much we depend on skills that younger generations of garage workers might not know.  I set off in thick 6.30 Friday traffic; heavy, tiring.

6 pide from the bakery, a new bottle of gas... By the time I arrived at Güneşköy the sun had set.

I was nearly but not quite too tired to take my mandolin out to the Point.  In the dark, the valley was quiet now that the wheat is harvested and straw bales piled up for the winter.

Antlions are absolutely harmless and cause no damage to flowers, people or structures. They are highly beneficial and feed on ants and other insects that fall into their traps.The adult lives around a month, flying weakly from dusk to sawn in search of a mate.  Many are pollen feeders, only some eating small arthropods, unlike their fierce predator larvae

Yes it's a screw! Those who repaired the tire are known as unskilled workers, with no recognition for their competences, their only financial coming from manual labour that the capitalist system does not value. 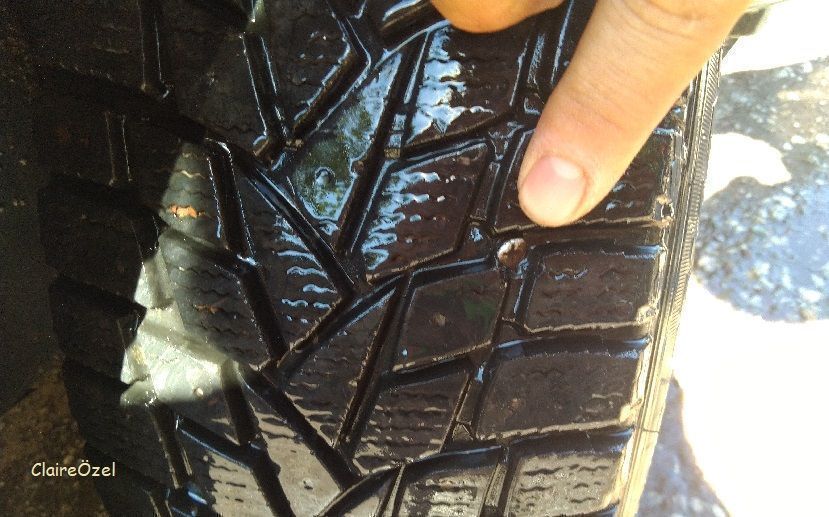 In the poly-tunnel, the cucumbers keep climbing. They have been producing steadily, for 80 boxes over the last 4 weeks. 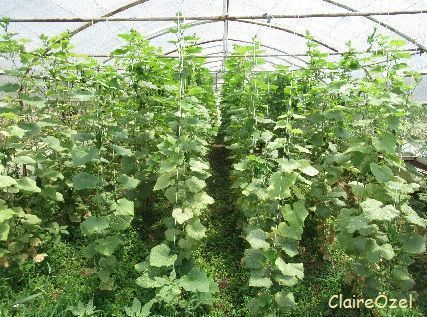 Setting up new watering systems not only needs strength but also knowledge and awareness: As well as following the calendar, key climate indicators should be noticed to decide when to do what.

Kore'den gelen Kim gönüllümüz hemen çalışmaya başladı. Tarlada, paketleme, temilik (gölet, Mandala, vs) ve yemek yapma. Kore mantısı (mandu) vejetaryan da yapılır. Çok yardımcı, ve öğrenmeye hazır. A volunteer from Korea, Kim is cleaning out the Mandala.  Hardworking in the field, tidy, and a good cook.  Mandu, the Korean Mantı can have all types of filling.  We made a vegetarian version, though it took quite a long time! 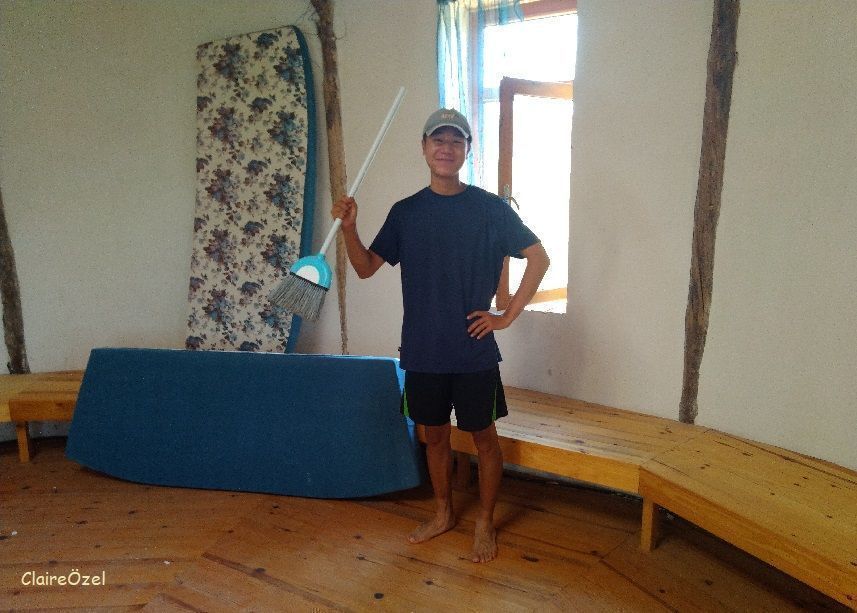 This large tortoise comes to rest every evening at the same spot under the overgrown plant cover. This one has been lucky, no marks indicating attacks by hawks or dogs. During these moonless nights, as the thinnest old moon transitions to the finest new moon, the stars are at their brightest. With Ege University star atlas, I identify a few more constellations. They remain the same that people looked at 2000 years ago, as if time is frozen unchanging. 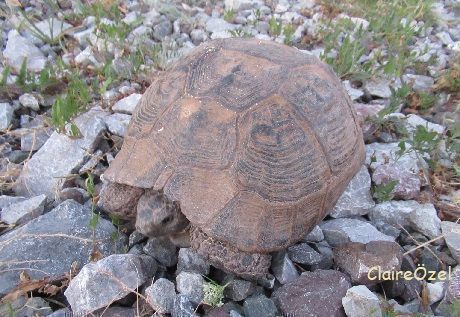 But time does not stop. Yesterday a young lawyer and known disability activist, Merve Erten, lost her fight for life. She'd had her 25 years, full of positivity and vitality. While everyone focuses on Corona, other illnesses still challenge people. Merve, may your energy inspire us. May more visually impaired people take a step out into nature and discover aspects that go unknown. Here I introduce an insect I had seen only a few times. This ant-lion adult looks something between a dragonfly and a butterfly. At rest it can bring its translucent wings over its 6cm long body (as long as my little finger). When ready to fly, it spreads them out wide, darker cells on the wings reminding me of a black and white photo. The adult lives around 30 days, fluttering around heavily from dusk to dawn in search of a mate. It won't harm you: Ant-lion adults either eat pollen and nectar, or some a few insects. However, keep away from the larvae - they are fierce predators that feed on ants and other insects that fall into their cone-shaped traps. The defenseless adult is hard to photograph, as it flutters off at the slightest twitch. After I rescued this specimen from drowning in water, I was able to take shots before it flew off. The antennae are characteristic, ending in a slightly curved club.

You think you know about ants? Big ones, small ones, red, winged... Did you know that they can be choosy about what they eat? The bright orange of the waste tip outside this nest attracted me. An ant was carrying one seed, which happened to come from the bearby Linum (linen) cluster; a few flowers remain, enough to work out their preference: linseed oil is known as a delicacy, and sought after as a dietary supplement for Omega-3 essential fatty acid. 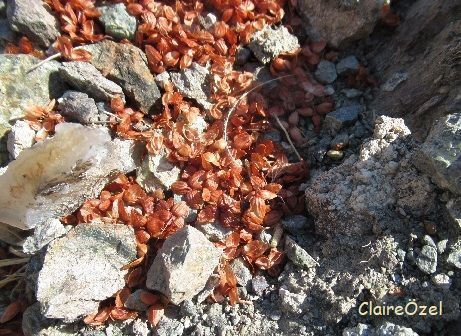 The reddened outer shell of the almonds of the wild tree have opened up, ready to let go of the seed. This is still highly protected by the very hard shell. I wonder which animals are able to crack them... especially when they are so bitter! 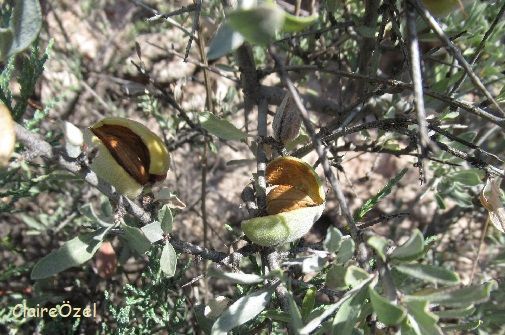 I'm now collecting seeds, seeds of all sorts of wild plants; a rich mixture. These large thistles are ready to release the 2cm tall parachutes that hope to fly off to new areas. Others are tiny, under a millimeter across. Different strategies, highly varied levels of investment in starting the next generation. To catch the seeds, one has to be just on time: too early and they are not yet ripe, too late and most have already scattered... 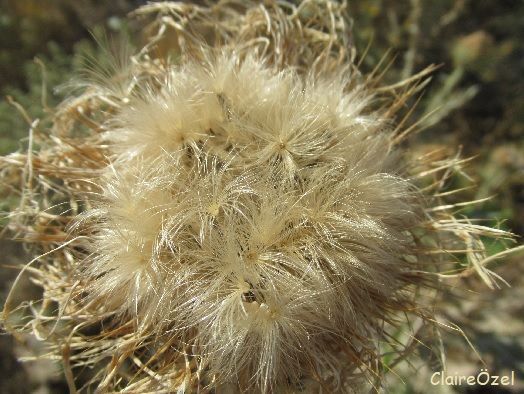 Unseen Unnoticed That's life
Other Blogs
Blog
We use cookies on our website to support technical features that enhance the user experience. For detailed information click here.
Accept