I manage to fit in the first days of our Climate Resilience Youth Generation project's first camp.

Sunday 16th June 6pm travelling alone, I ask for 3 large breads: not all for me, we'll be nearly 30 tomorrow.   I arrived in the last quiet evening before the participants would swarm.  That evening we planned pairings for the 6 tents -  By gender, camping experience (first timer and a seasoned camper), and a single option for the tallest person.

28 hours later, Tuesday 18th June:  I leave 12 hours before leaving for Britain.  Others will have to describe what happened after 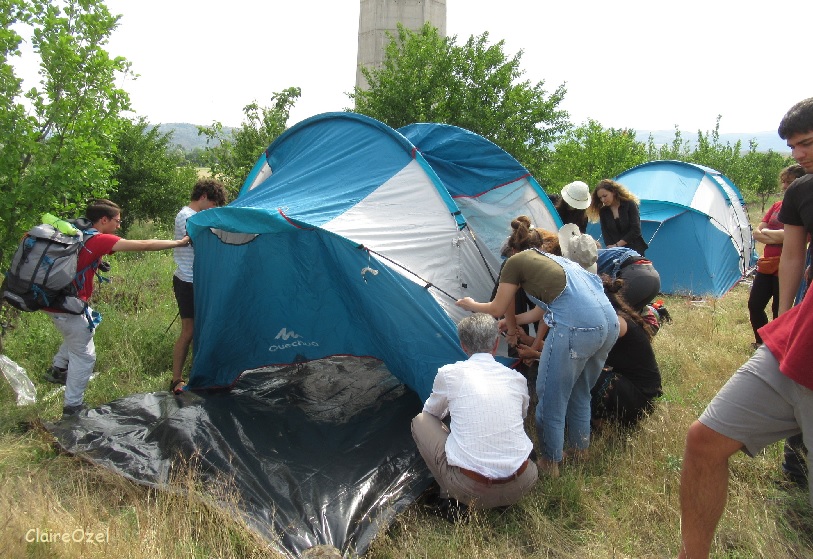 CRY-Gen involves team work.  The first challenge is setting up the tents all 6 of them

Monday late afternoon first nature observations, to be followed Tuesday morning where life is dealing with the sudden excessive downpour:  A tortoise in the canyon, the shell showing signs of earlier struggles. 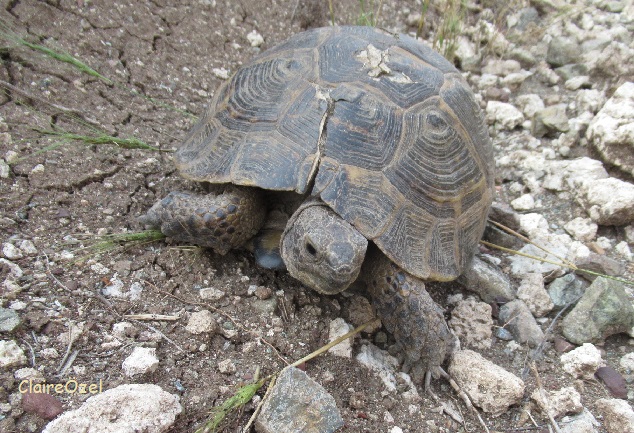 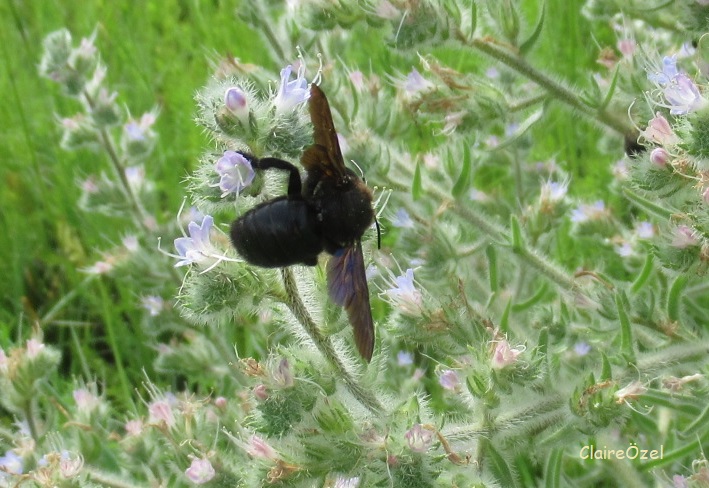 A large black bee busy around the vipers' bugloss  which attracts so many insects. 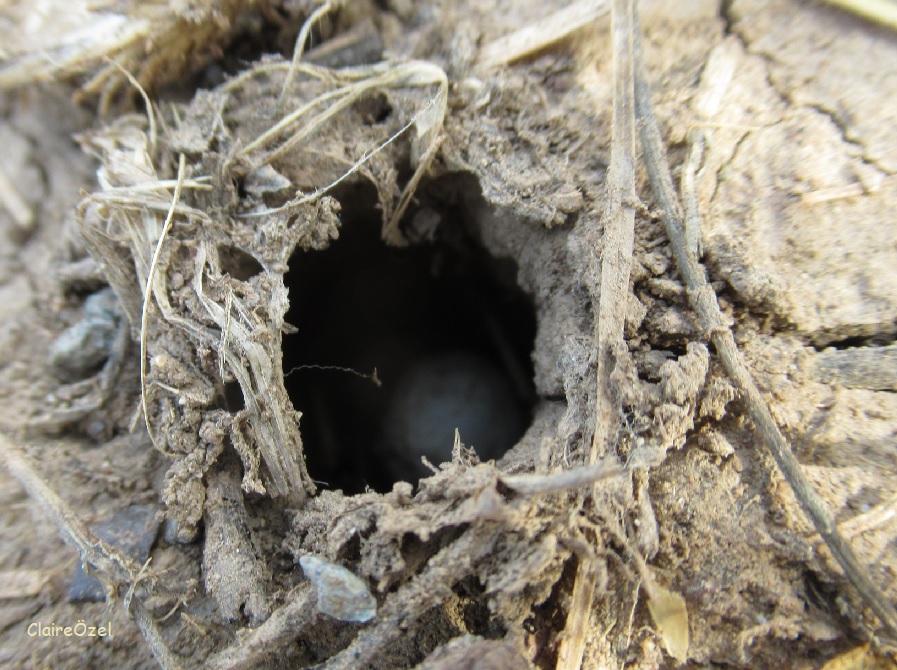 Ever since I have visited the north facing rock near the pond, there have been nests.  This is the first time I have seen eggs.

Monday evening program: I was to lead a full-moon lit walk, only to find nature had other plans as the plan was drowned out by unseasonal rain. Some of us did set off as frequent flashes of lightning unnaturally lit up the scecnery - no colours just black and white, sudden and bright, then back to total darkness.  Light pollution as the base of the thick clouds reflected the urban lights from Kırıkkale and Ankara.   We walked in the dark, feeling for the ground as we swept past tall grasses and annuals, some seizing the opportunity to disperse seeds.

Above us the deck laying MSS90 continues day and night 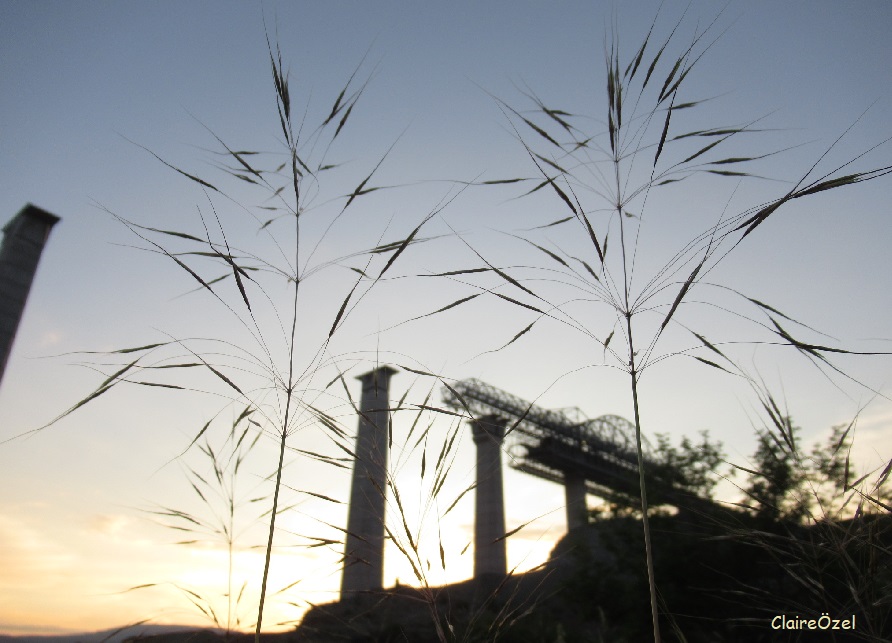 making the deck for the Ankara Sivas high speed train track.  Currently heading for Pillar 8, the double headed, where two decks will not quite join.

After a night of steady heavy rain - a new climate for central Anatolia? - only two others are up for the early morning walk. Everywhere traces of water: small gulleys, tracks, imprints...  The grass is so wet so we don't go far.  So much to see anyway, as all creatures are busy repairing the water damage - ants had already remove a mount of damp beads of soil, now piled high 5 cm away.  Everywhere is green under dark skies, giving an oddly British feel, except for the wrong species.  The rain battered flowers will take a while to recover. Later that morning DOĞUS sent a grader to flatten out the roads.

At night Otus scops, the Eurasian Scops owl hoots its lonely call. This bird has many local names...

A minor accident the car jammed in a rut from overflowing water... 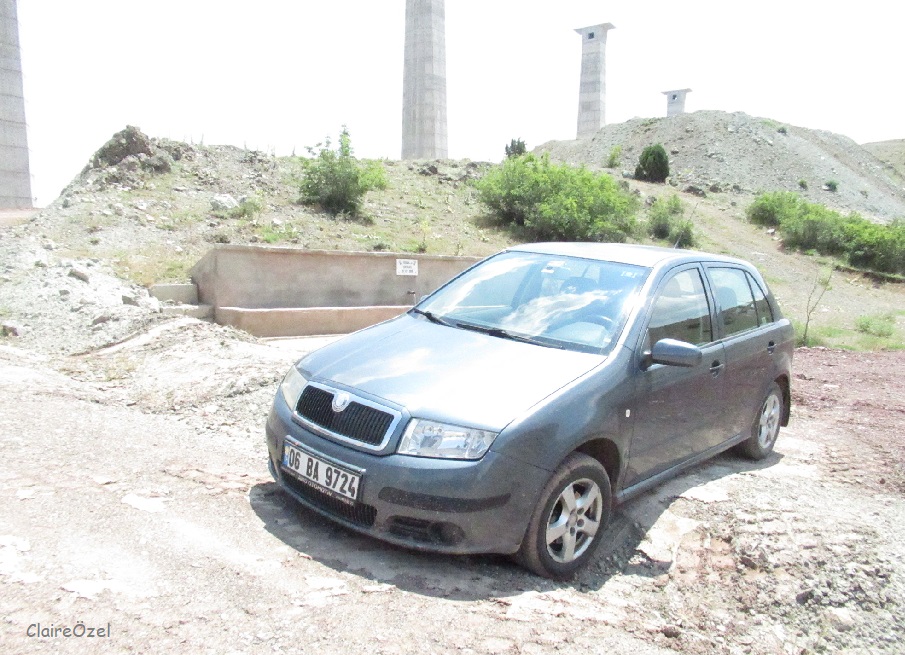 Easily recovered by an expert driver.

Kitchen mutation
Other Blogs
Blog
We use cookies on our website to support technical features that enhance the user experience. For detailed information click here.
Accept