Chickens and other birds

Chickens and other birds

Some chickens are getting bold, some amnaging to hop over the fence.  Not such a good idea when a fox has taken a fancy to the area.  Of the five that were outside, I caught two and persuaded two to walk through the gate I'd opened.  One still resisted, so I left it free until the evening.  When we came to close the hen coops, she was perched near the inner gate.  How had she got in?  When we tried catching her, she fled again... leading us to a hole in the fence that will now be closed to the fox.  Thanks to this fifth fowl!

Looking south towards the Balaban stream, the water logged field hosts a flock of storks.  Majestic when they fly, though they were not easily disturbed.

A Bombus bumble bee is only one of the currant polinators. 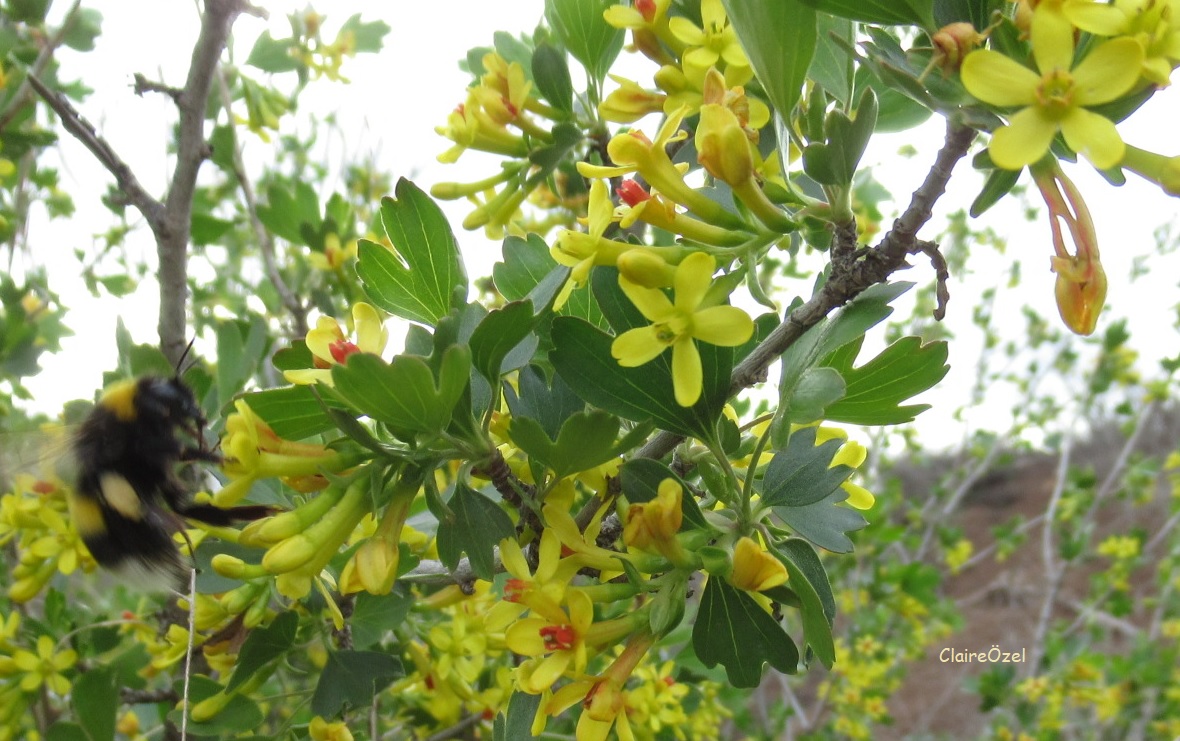 Heavy rain clouds blanket the sky; it could rain any time.  İbrahim has connected the gutter from the new roof (200 meters square) to the 5000 litre container.  For every centimeter of rain, it could collect up to 2000 litres, 2 tons of water.

We planted an elder cutting (cut 14 months ago from Kurtuluş Park, before the tree collapse under snow this winter), burying a 5 litre pot for slow release watering 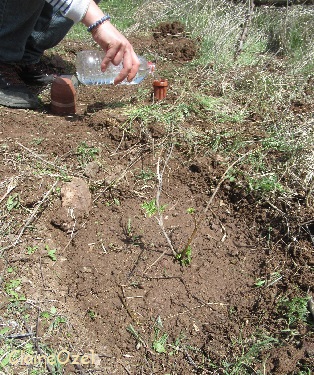 Examples of Olla have been used traditionally in many cultures. 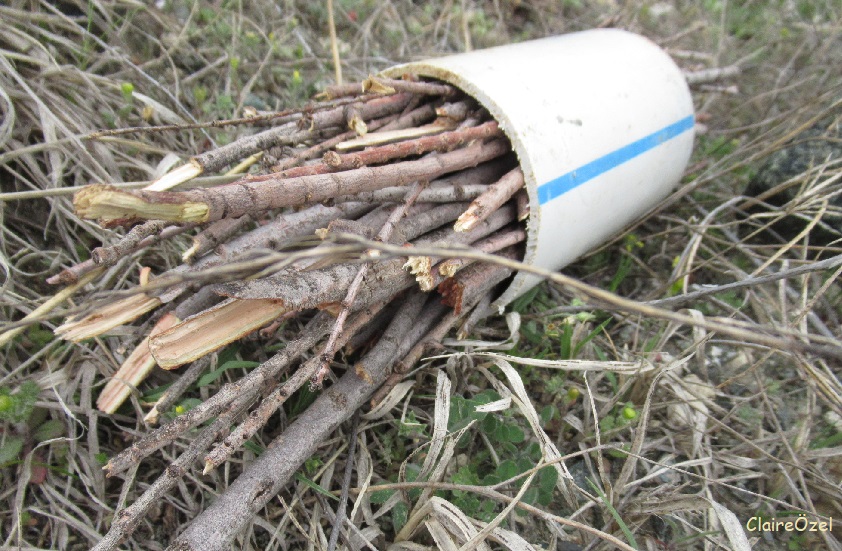 One of our bug habitats, up-cycling a piece of drain pipe

Snow storm to Spring sun in 3 days Strong beginning
Other Blogs
Blog
We use cookies on our website to support technical features that enhance the user experience. For detailed information click here.
Accept