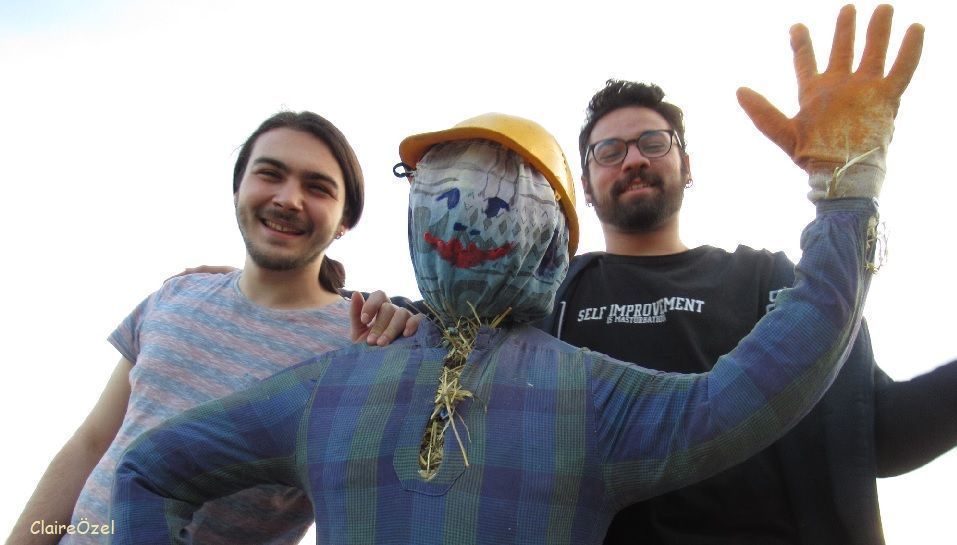 One their last visit before leaving for 12 months European Solidarity Corps exchange at Los Portales Cenk helped Mert Kaan (from now to be known at Kaan, probably a slightly better name for Europeans) make a final mark on Güneşköy, the last for a year.  Kaan had made a scarecrow for ODTÜ Bostan; could he make one at Güneşköy?  Apart from the face paint and sewing thread, all parts were waiting to be used. A night shirt I made in the 1980s, metal pieces and a hard hat thrown/ dropped from the 90 metres above, foam waste and straw bale.

One International Women's day, rather than make a traditional male Scare Crow, our hands created a female, welcoming and caring for any birds - why limit to just crows?

Meanwhile, in the glasshouse 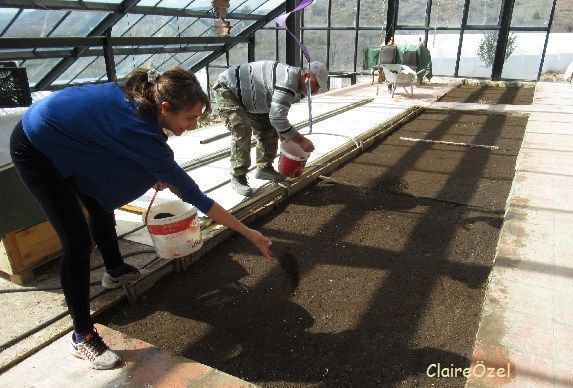 pepper seeds have replaced some of the carrots.  They were then covered with a sprinkling of fine compost (broken down from last year's vegetable waste.

What used to be the hen's domain is now being tidied up to be develop into a botanical garden. 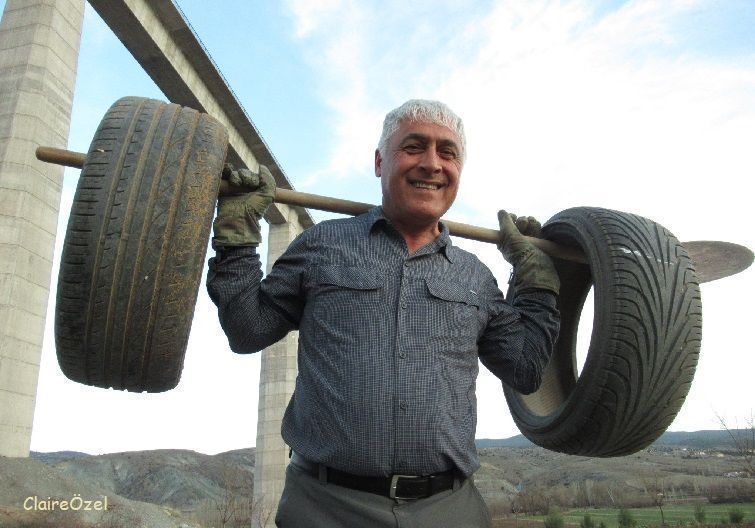 Fiko brought up tires no longer needed for the chicken run. 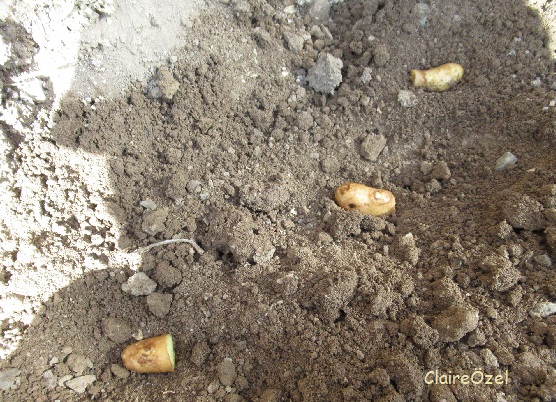 In the lower glass house, brocoli is decreasing and few lettuces are left.  What a flace to test out ginger.  One the left Worm Compost, on the right vegetable compost 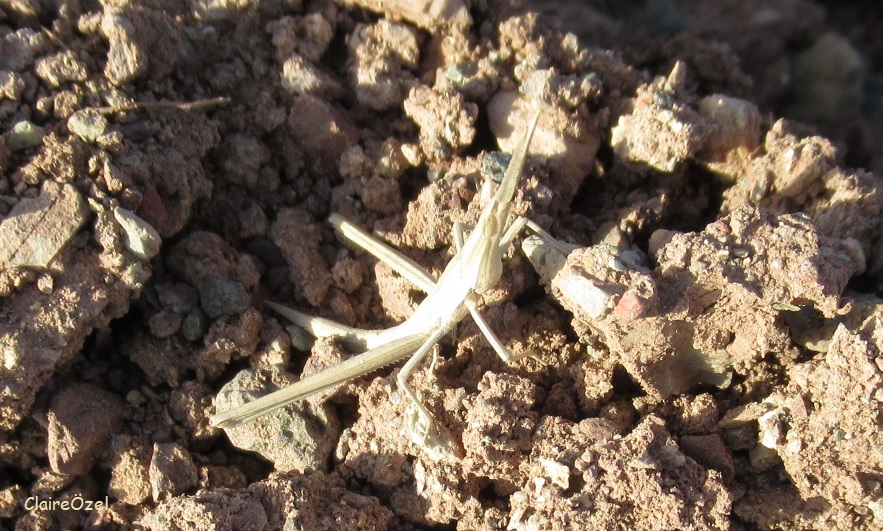 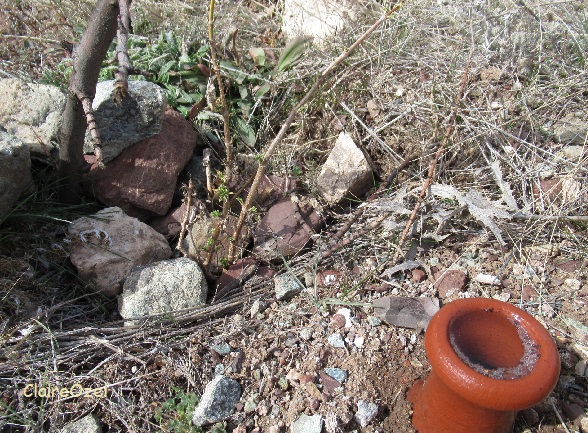 Only one elder tree has pulled through its first year. Numerpıs tiny green leaves are appearing on the branchlets.  The pot gave out 1.7 litres in 7 days... 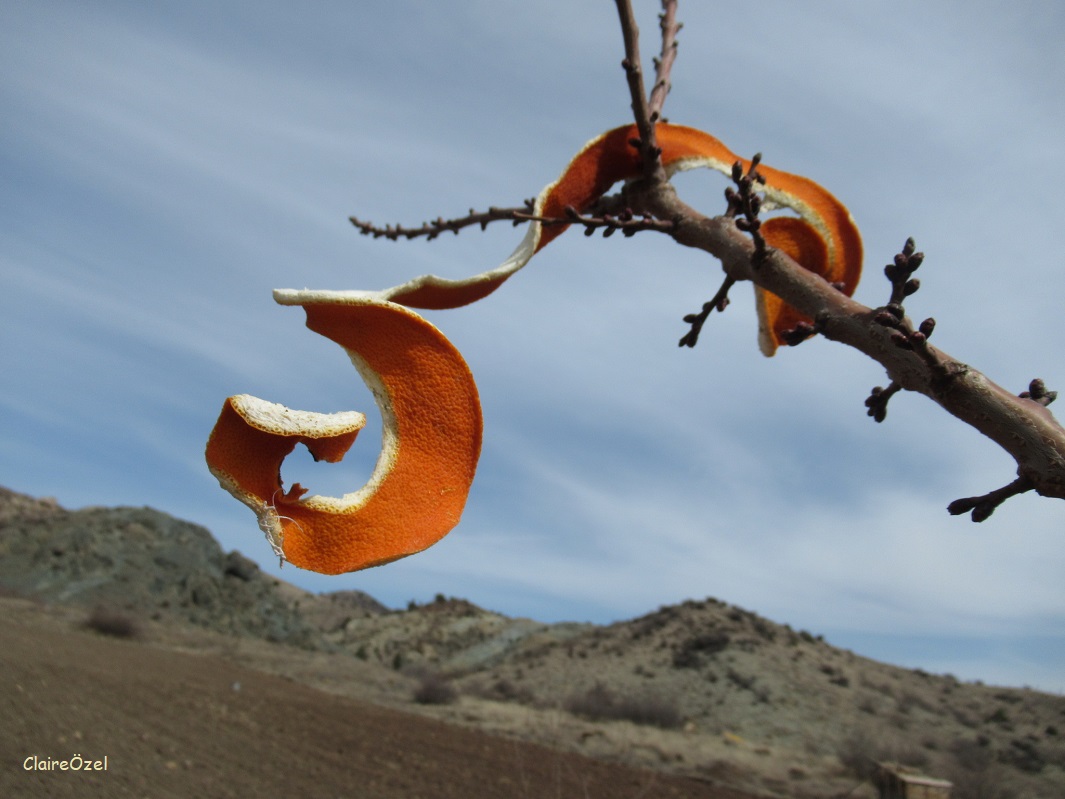 Roof repair Fine points
Other Blogs
Blog
We use cookies on our website to support technical features that enhance the user experience. For detailed information click here.
Accept