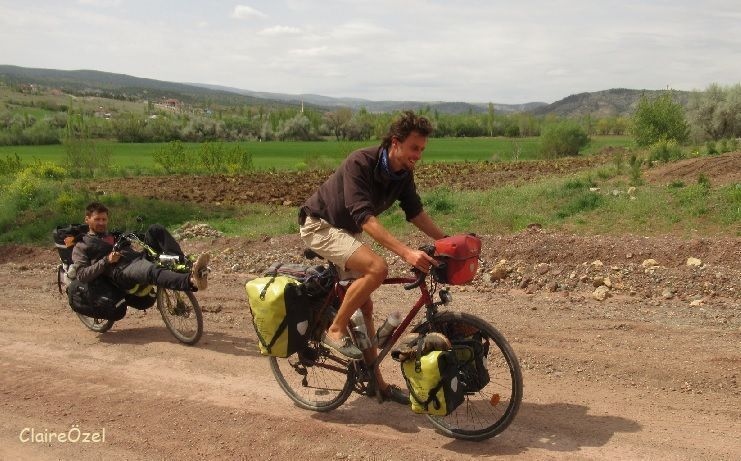 We nearly didn't meet as the obviously long distance travellers were about to climb the forest road past Hisarköy to Bedesten. Belgians who had met in Dubrovnik and have been cycling together since Istanbul, Olivier is a francophone engineer, and Gaetan a Flemish speaking bioengineer on their was to Cappadocia, Iran, ...Mongolia.

Olivier liked out viaduct, pointing out common points with the French Millau Viaduct - same pillar construction with sliding shuttering, though the bridge deck was done quite differently.  (we can now see the nose of the MSS90 as it works at the northern end of our viaduct).  Gaetan appreciated the  Anatolian steppe bloom of life, and made some suggestions.

At lunch Özgür talked about DBB: a system of clear limited aims, based on trust and conflict resolution.  Olivier and Gaetan answered our questions, especially about meeting dogs on the road. The sorularımızı cevapladı, örneğin "Yolda köpekler olunca neler olur?" - all in a variety of languages: English, Türkçe, Français, and Celal's German at times was understood from Flemish. 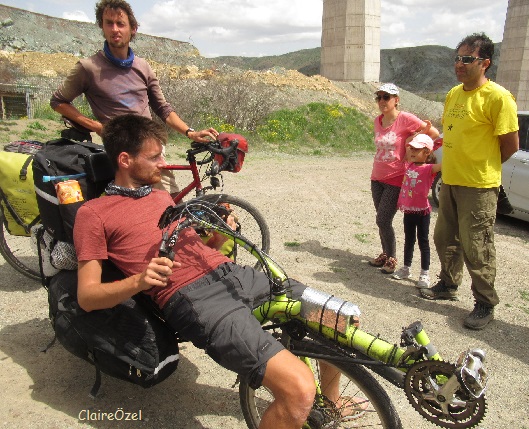 They are going to Cappadokia on tiny road: Hisarköy, Bedesten, Kacılar, Karakeçili, Kaman...  You can follow Gaetan's journey - He uses the offline app MapsMe.

Later we planted two more of the elders cut from the tree that no longer exists in Kurtuluş Park, a victim of last winter's "wrong sort of snow".  This time, as well as the porous water pots buried next to them (to be topped up weekly), they have an amount of vermicompost to set them off in the rocky soil. 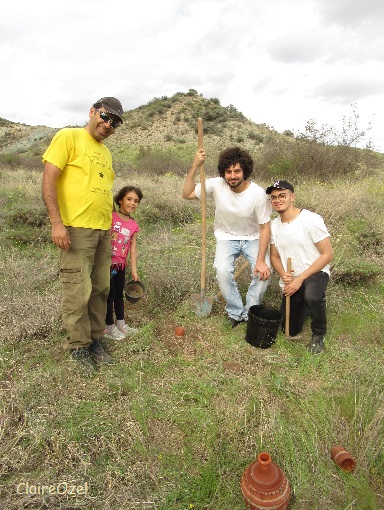 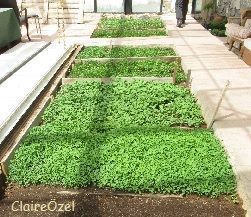 As the seedlings grow fast, planting is picking up speed, assisted by our second worked Tahir.

Meet, listen and see what happens
Other Blogs
Blog
We use cookies on our website to support technical features that enhance the user experience. For detailed information click here.
Accept