As the late October sun set, a lone cricket sang in the cool air… The first frost has “hit” tomatoes and bell peppers. I picked the last aubergines (egg plants, to the Americans!), tomatoes hidden under the dried leaves and other peppers. To be baked, skinned and frozen for tasty winter breakfasts. The worms are doing well: fed regularly with coffee grounds. A first query about sales 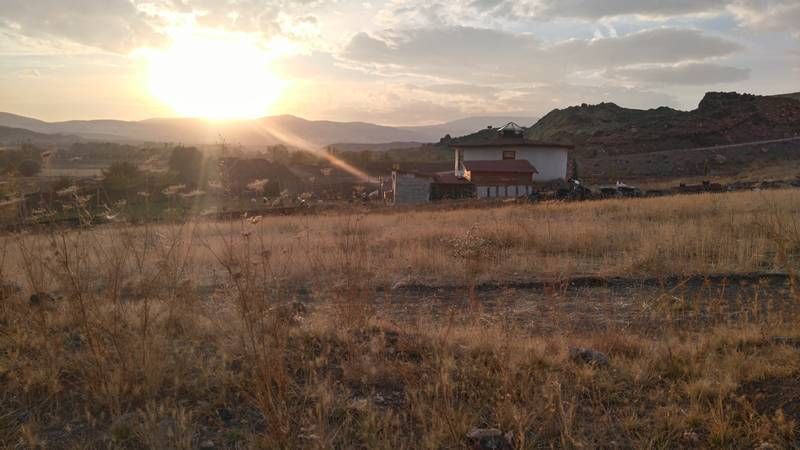 Several devicesDar agaci degil/gadjets were tested today: a water bottle and old yogurt pot have speeded up the pasting of “derz” (not suture as suggested by Google Translate) plaster, between the stones of the walls – cooking was a challenge as the kitchen walls were being plastered. The gallows-looking device is to be able to remove the stones from the heat storage. No longer in use, the stones will be used for the extra room at the back, and the space will be more storage.

The worm sifting device will wait for next time. Vineyard ploughed upThe vineyard has been ploughed up and 4 terraces cut into the slope that so far has been unused. The mulch around the trees has been scattered by the chickens – very curious animals… 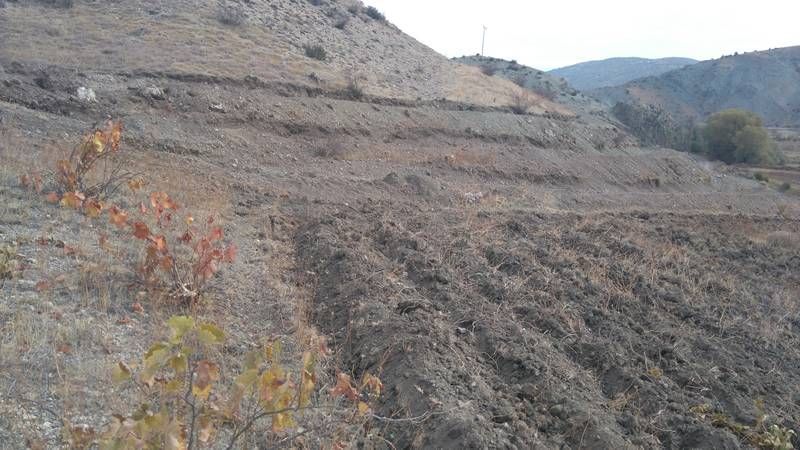 It turns out people are reading these blogs. Visitors came from over 300km away… to see our new puppies; I mentioned them in an earlier blog, however, they are still only on offer. Is my Turkish that bad? I should write in English more often.